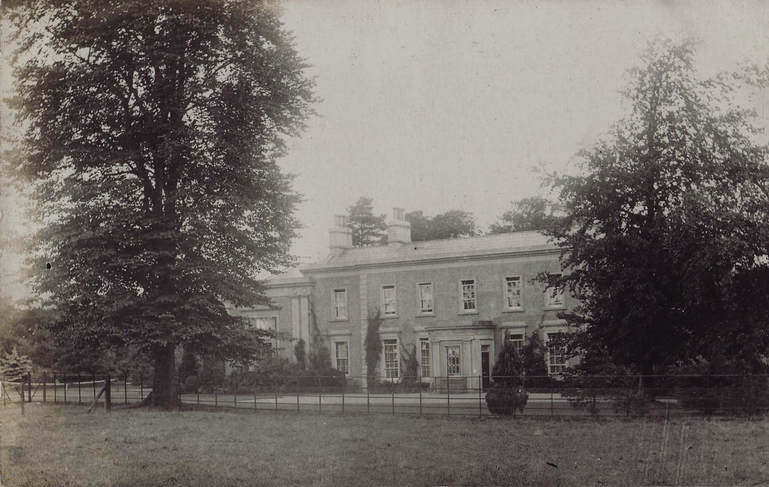 GENERAL                     The Grange Farm 9A 3R 2P, held on a 21year lease from the Bishop of
Kildare.  A two storey, L-Shaped seven bay house.  When it was put on the market in the 1953 it was
described as a period house on 12 acres comprising of 2 large reception rooms, very large
Adams-style music room ideal for a ballroom with 6 bedrooms, 2 dressing rooms, several staff
rooms, 2 bathrooms with extensive out-offices, pleasure grounds, vegetable garden, orchards and 9
acres of pasture.  The house was bequeathed to Frances Guinness the niece of Henry Darley in 1856
and various relations lived/shared accommodation there for the the next 50 years.  In 1857 it was
described as being of modern construction with 3 sitting rooms, 11 bedrooms and 3 water closets.
It had a walled garden, numerous out buildings on 65 acres.  A hayshed was destroyed in a fire in 1930.
The remains of a number of demesne walls are located within the grounds of the new Grange
Development.  A written and photographic record was to be made of any of the old walls being
​demolished in the building process.