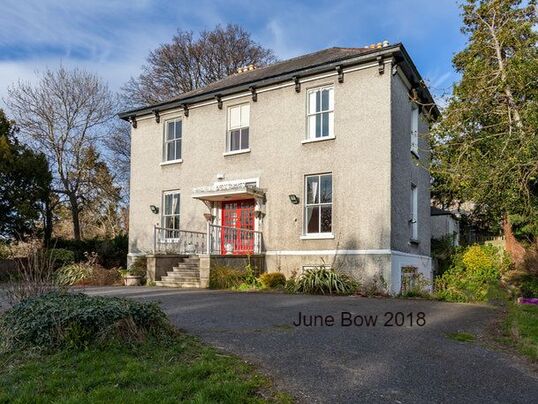 
GENERAL                         Georgian style three bay, two storey over garden basement.  It has a slate
roof with overhanging bracketed eves and sash windows.  Approached by a long carriage drive
through granite pillars on Taney Hill, the house is quite close to the Upper Kilmacud Road.  It is
a protected structure RPS number 1040.  A small gateway, now the side gate of Sydenham House,
connected Annefeld with Railway walk (a lane which connected  the upper Kilmacud Road and the
railway station with a turnstile at each end).  Described as a modern residence in 1868 with 4 large
bedrooms and servants quarters.

This house is not to be confused with a house called Anna Field which was on the site of what is now
Taney Lawn and was close to the Manor House/Coolgraney and is no longer extant.