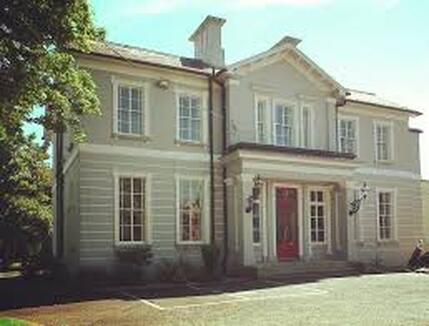 GENERAL                      Friarsland was for sale on 24 plantation acres in 1789.  In 1826 it was for sale
described as a substantial property with 2 sitting rooms, 6 bed chambers, with stabling for 6 horses,
a walled garden and a water tank capable of holding 700 gallons of water.  By 1856 a new house had
been recently built on the site in the 'Italian Style'.  The site had a gardeners cottage, gatelodge and a
vinery.  One of the main selling features was the polished plate glass windows.  There was a fire at
the house in 1941 and the back stairs and a wall were damaged.  By the 1950's there are a number of
business' being run from the site including a nursery and a poultry/egg farm.  The site was reduced
by a Corporation CPO in 1956 during a road widening scheme.  Donegal Design Ltd moved to the site
circa 1958.  Circa 1987 a gym and bathroom showroom moved to the site.  The house was purchased
by Opus Dei in 1964 and the name changed to Glenard.  The former Friarsland gym and bathroom
showroom site which was just over .5 acre was put up for sale for €1 million in 2012 and Friarsland
​Crescent built.