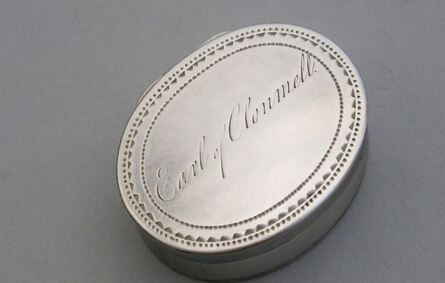 In 1779 he secondly married Margaret Lawless, daughter and heiress of Patrick Lawless, a Dublin
banker.  He was referred to as ‘Copper face Jack’ by John Magee, owner/editor of the Dublin Evening
Post and Temple Hill was famous for what became known as Magee's revenge.  Scott was the judge in
the libel case of the 'Sham Squire' Higgins v Magee and granted fiats against Magee with sureties of
over £7800, an amount which Magee could not pay and was jailed. This judgement was thought of as
highly unfair, if not unconstitutional and Scott found himself ridiculed in his decision by both his
colleagues and the general public.

In 1789 Magee rented fields and a lodge close to Temple Hill and named it Fiat Hill.  He organised a fete
supposedly to celebrate the birthday of the Prince of Wales on Lammas Day the 12 Aug 1789.  The fete
was called an Irish Festivity - Lau Braugh Pleasura and about 8K people attended on the day.  Activities
included a boat race, football and cudgel playing.  Local publicans set up stalls selling food, beer and ale
(no spirits allowed).  The high light of the day was a pig chase where pigs had the tails shaved and
soaped and were chased around the fields and when caught could be kept.  The pigs burst through the
hedges into Temple Hill causing damage to the gardens and parterres.  Earlier in the day Magee hosted
a Scot's breakfast at the lodge for his friends, the menu included sham burgou, bludgeon broth and fiat
soup.

John kept a diary and one of the final entries reads;

By neglect of yourself you are now a helpless, ignorant, unpopular, accursed individual, forsaken by
parliament, hated by the bar, unaided by the bench, betrayed and deserted by your oldest friends.

John died 23 May 1798.  Following his death Margaret moved to London and over the next 20 years was a
doyen of  London's social scene.  John's library of law books and over 5000 books on literature were put up
for sale in 1807. Margaret died on 5 Nov 1829 aged 66 at Portman Square in London and was buried at St
Marylebone churchyard.  She left 70K in personal estate, most of which was left to her daughter Charlotte.

3             Thomas Scott only son born 15 Aug 1783 at Harcourt Street was styled Lord Earlsfort from 1793
to1798.  Thomas succeeded his father to the earldom in 1798, aged 14.  In 1799 he was
bequeathed 70K by his uncle Mathias Scott.  He lived at the Harcourt Street and his law agent
was William Harding Bradshaw.  In 1805 Mapas Obelisk Hill in Killiney (Loftus Hill) was put up for
sale in 1805 and in 1807 having sold all the furniture he put Temple Hill/Neptune up for sale and it
was bought by Lord Aldbourgh.  He was returned to parliament for New Romney the same year, a
seat he held until 1812.  Thomas married Lady Henrietta Louisa Greville, second daughter of
George Greville, 2nd Earl of Warwick, on 9 Feb 1805 at Berkley Square, London.  Thomas died at
North Aston, Oxfordshire, on 18 Jan 1838, aged 54, and was succeeded by his eldest son, John.
Harriet, Countess of Clonmell only survived her husband by ten months and died at St Leonards-
on-Sea, Sussex, in November 1838.

5          Rachel Mary Scott born 1846 married Llewellyn Saunderson in May 1866 at the Mariner's
Church, Kingstown.  They entered the church from the Royal Marine’s Hotel's private
entrance and a red cloth was laid down between the two buildings for the bridal party to
walk on.