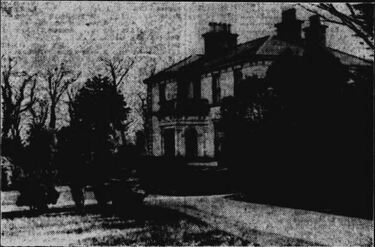 MAP LOCATION     OSI map of 1898-1913 place it in the townland of Galloping Green South and
it is annotated as Knocksenna.

GENERAL                 House with gatelodge, stabling and coach house on 10 acres with a right of way
across the golf links.  It had an ornamental building on the grounds which was used as a dairy.   It was
demolished and the Indian embassy 'India House' a listed Art Deco style building was built on the site.