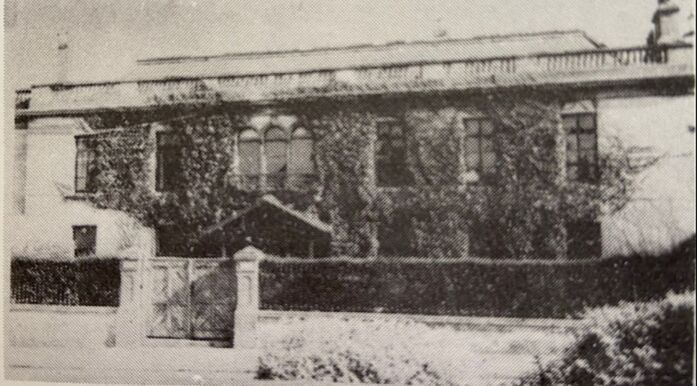 GENERAL                   Eighteenth century six bay villa which was originally called Herbert Lodge.  The
name was changed to Cherbury circa 1850.  During the tenure of Robert Milner the house was
enlarged and a gatelodge added to a design by Charles Geoghegan.  In the 20th century it was
number 70 Booterstown Avenue.  The house had an unusual tripartite, treble window over the porch
and in 1802 was described as having thirteen rooms of which 4 were over 30 feet long.  It had stabling
for twelve horses, a bake house, dairy, melon yard and an ice house.   It also had six gardens and
four hot houses, one of which was 250 feet long.  Its detached kitchen had servant quarters above it
​measuring 40 x 25 feet.

In 1895 when it was put up for sale in 1895  it was described as a seven bedroom house on 15 acres with
large gardens, a gatelodge, coach house and stabling.  In the bad storm of February 1903, one of the
chimney stacks collapsed into a bedroom, the occupants were unhurt but trapped and were helped to
safety via a window.
​
YEAR BUILT              circa 1760