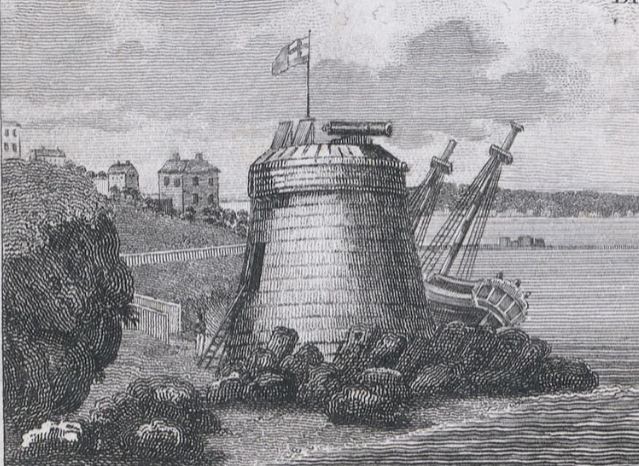 
GENERAL                     A Boarding House was run from here from about 1793 by Francis James Jones
who took on various partners in the business and the house saw many alterations and additions. The
hotel was the venue for Balls and Assemblies and hosted a Promenade each evening, except Sunday,
with music and dancing.  Upwards of 500 people attended the Balls and suppers and it was reported
that carriages were backed up to Mount Merrion Avenue.  Jones arranged for transport to and from
these events with a special long coach and also arranged for patrols on the roads to ensure the safety
of his customers.

Martin Burke was involved from circa 1808 and it was here that he learned his trade.  In 1824 Martin
purchased a house at Stephens Green and opened the Shelbourne Hotel, which he ran in tandem
with the hotel at Seapoint.  He added a wing and built four houses on the grounds during his tenure.

Seapoint House stood on the brink of the sea, divided from it by a winding terrace and sloping
lawns terminating by the water.  It was the scene of a dreadful shipping disaster in November
1807 when two ships sank in the bay in appalling weather conditions.  The Prince of Wales left Dublin
for Liverpool but they struck the battery at Dunleary and sank opposite Sir John Lees House at
Blackrock, only the crew escaped.  On the same evening the Rochdale also got into distress, they
hoisted a blue light and guns were fired, but the violence of the surge and the snow prevented rescuers
from reaching them - all 265 souls perished.  The passengers were mainly from the 97th Regiment
with 42 women and 29 children also on board.

When it went for sale in 1835, it had a ballroom, billiard room and 60 bedrooms with stabling for 60
horses and 40 carriages.  The building of the railway in 1834 was the beginning of the end and although
a bridge was built they lost their unique access to the sea.