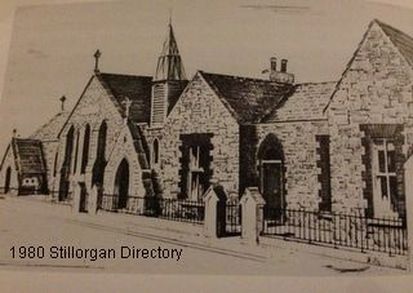 The lands of Kilmacud (286 Statute acres) were once owned by the Archbold family, they appear on the Down Survey of 1656-1658.  In 1756, on the death of John Archbold the land passed to Lieut Col John Arabin and a map drawn in 1773 for Lord Fitzwilliam shows the lands to be held by Mrs Arabine.  After the death of Henry Arabin these lands were sold Fee Simple for 30,000 pounds to Mr Bushe of Kilkenny.  Four years later in 1847 the Kilmacud estate was sold for 18,500 pounds.  These lands consisted of Woodley, The Slang, Brady's Farm, Priory, Lakelands, Westbury, St Margarets, Parson's Green and Clonmore.   ​It had a net rental income of 890 pounds per year.  Comprising of 286a 0r 19p it was purchased by Mrs Booth, the widow of the late Henry Booth, pawn broker, of Liffey Street.  The land contained the seats of 8 gentlemen including Dr Fulton of Clonmore and Thomas Wilson of Westbury.

Some house locations have not yet been identified for example:-

Wholesome Hall leased by John Brenan in 1787.  It was large house with large garden, outhouses, coach houses and stabling with 18 acres of meadow.
​
Rockfield leased by John Sheppey from 1783 to 1793.  An extensive house with gardens and a shrubbery on 43 acres.