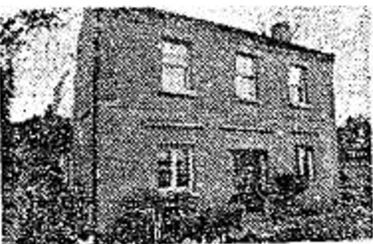 MAP LOCATION    OSI maps of 1838-1845 and 1898-1913 place it in the townland of Stillorgan North and it is
annotated as The Cottage, Garnaville and Garnavilla cottage respectively but the site held
a number of buildings including Garnaville Cottage, Garnaville and Ornee Cottage.  These
lands were commonly known as Callara/Callery from 1803 to 1840 and comprised of at
least 50 acres in 1803 stretching down to where Beaufield Park is today.

GENERAL                An interesting house on 1/2 acres with good frontage to the Kilmacud Road was how it was
described in 1977 when it was offered for sale.   Garnaville Cottage was described in Griffith's as a neat little
cottage well sheltered by trees whereas Ornee Cottage was a small cottage in bad repair.  In 1882 described as
a modern detached Villa residence with 3 reception rooms and 5 bedrooms with servant's quarters on 1 acre of
pretty gardens with lawn tennis grounds and stabling.
​
Garnaville - Garán a Bile meaning copse of the ancient tree.