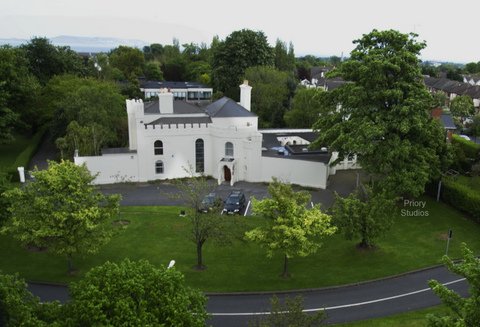 GENERAL                The name of the Riversdale was changed in 1964 to Granada reflecting the birthplace
of the order of St John Of God in 1539.   It 1920 it was set on 14.5 acres and described
as a castellated, two storey, non basement house.  It was also noted that it had a
new entrance with a gatelodge.  In 2017 the house underwent major refurbishment
and the entire external plaster was removed and under the direction of an
Archaeological Architect it was re-plastered with a “breathable” render which needed
a year to dry and was repainted in 2019.