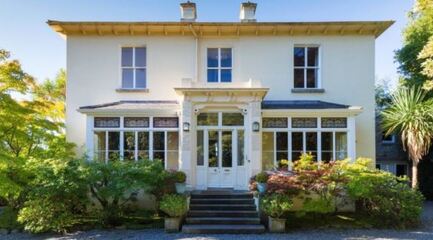 GENERAL                       Detached, three bay, two storey double-fronted Victorian Villa.  In 1898
it was described as on 1 acre and having a large plot to the rear suitable for building.  It had
two reception rooms, a spacious hall and five bedrooms.  It had a large fruit garden, vinery,
conservatory, Greenhouse and fernery.  The name was changed to Wai Ku Ku circa 1910 by
James Shiel perhaps because his only daughter was born in New Zealand.  The name was
changed again circa 1933 to Ros Na Greine.