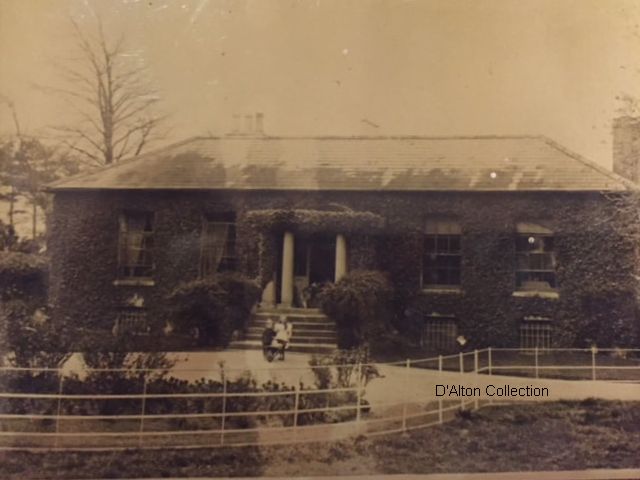 GENERAL                A double fronted house in the cottage style, it is a detached four bay single storey
house with part raised basement.  It has a rendered surface finish with rusticated
quoins to corners.  The central door, which once had a stone portico, is approached
by a flight of six cut-granite steps, the panelled door has sidelights below a simple
fanlight.  The coach house has been converted to a mews.  Christine Grace Orpen
(Kit), daughter of Sir William Orpen was born here in 1906.  Originally on 3 acres, it
was for sale on 1.5 acres in 1953, some of the original land, including the paddock
was hived off for other developments including a house called White Cross.
Originally the entrance was from the Dublin road but after a CPO for road widening,
the entrance is now from Leopardstown Road.  In 2019 the site was split and the
portion with the main house offered for sale.