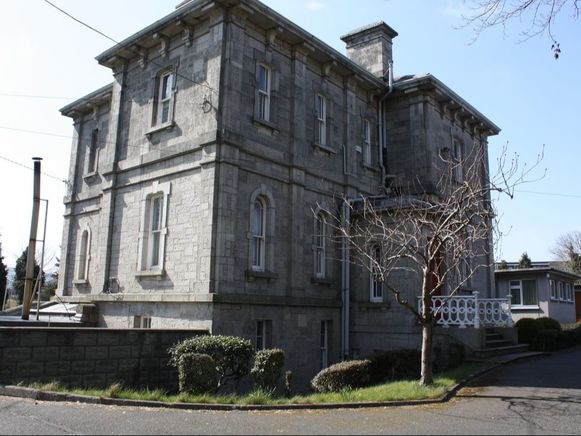 AREA LOCATION    STILLORGAN, Kilmacud Road Upper on the section that runs to the junction at
Drummartin link Road.

GENERAL                Two storey over basement, it has a beautiful chiselled granite facade.  The rectangular
pilasters spaced along the building's facade lend an air of classical grandeur.  Granite brackets under
protruding eaves and the rounded windows further enhance this classical feel.  Designed by John Skipton
Mulvany, the architect of Broadstone, Blackrock and Dun Laoghaire Railway stations.  Mountainville (the
home of William Dargan), though not officially attributed to him, has very similar features.  It was on sale
in 1912 and in 1937 on 8 or 9 acres with a 3 roomed gatelodge.  It was run as a nursing/convalescent home
from 1914 to 1924.