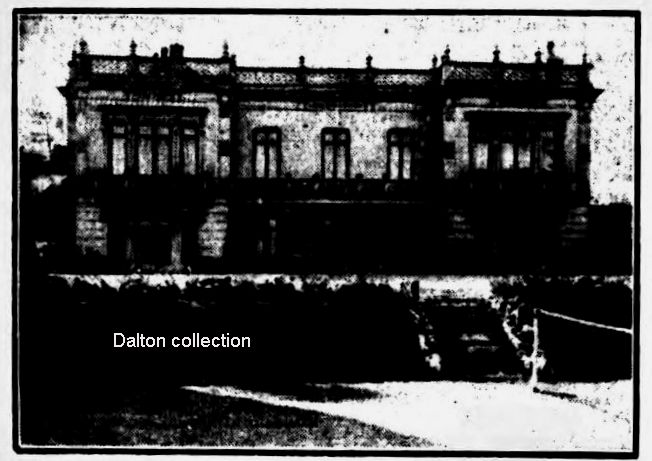 GENERAL                Built circa 1830 and extended circa 1860, a French style château on 8
acres, described as having pleasure gardens, two conservatories and spectacular entrance
gates are mentioned in the 'for sale' advert of 1870.  The name of the house was changed
to Springfield in 1854, and renamed Ardlui in 1872.  'For Sale' advert also makes mention
of a gate lodge and round tower (a folly).  The house was owned by Thomas Dixon along
with Abilene and Eversham.

It was famous for its garden with rare trees and shrubs and featured in many
gardening magazines.  A two storey square house with no basement, it had a balustraded
roof decorated with urns.  There were walled orchards, stables and garages with
accommodation above.  It had three reception rooms, including a magnificent drawing
room with a superb ceiling.  The house was demolished in the 1950's but the folly
(round tower) survives in the garden of a house built on its land.  Its gate lodge no longer
survives.