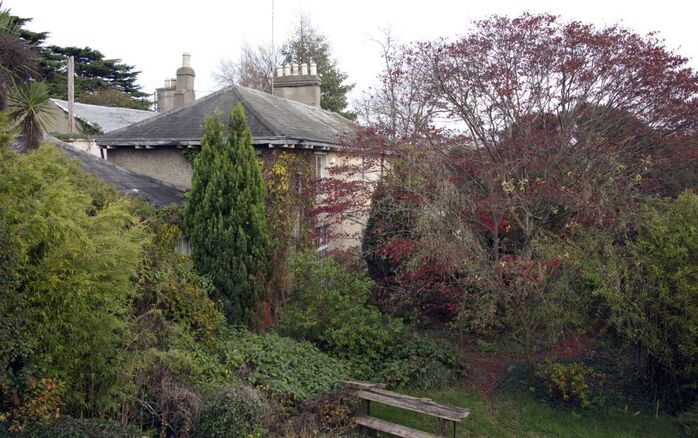 GENERAL                   Originally the home of Henry Maunsell, a professor of midwifery
and hygiene, Landsend shared a gatelodge with Carysfort Lodge.   A two storey five bay
block built residence with smooth render, it has a hipped slate roof with oversailing eaves
& brackets.  The windows are a mixture of casement and sash with granite sills and the tall
chimney stacks have terracotta pots.  The front windows have internal wrought iron
shutters/grills which gives it quite a Mediterranean feel.  Two ionic columns grace the
reception hall and it has a carved staircase.  The house is still on its original three acres
and has a coach house and stabling set around a cobblestone courtyard.  The name of
the house was changed to Glensavage around 1867.  It is surrounded by a drystone wall.
This house is also next door to Oriel, the house where Sir William Orpen was born and
where he grew up.  William was friends with Archibald de Montfort who was the same
age as him.  It shared a gatelodge with Carysfort Lodge which is no longer extant.

All Saint's Parish fete was held in the renowned gardens of Glensavage for 25 years
during the occupancy of the Findlater sisters and it was here that Doris Findlater grew
her prize winning nerines.  "Glensavage Gem" and Glensavage Glory" are just two of her
​famous cultivars that were produced in this garden.