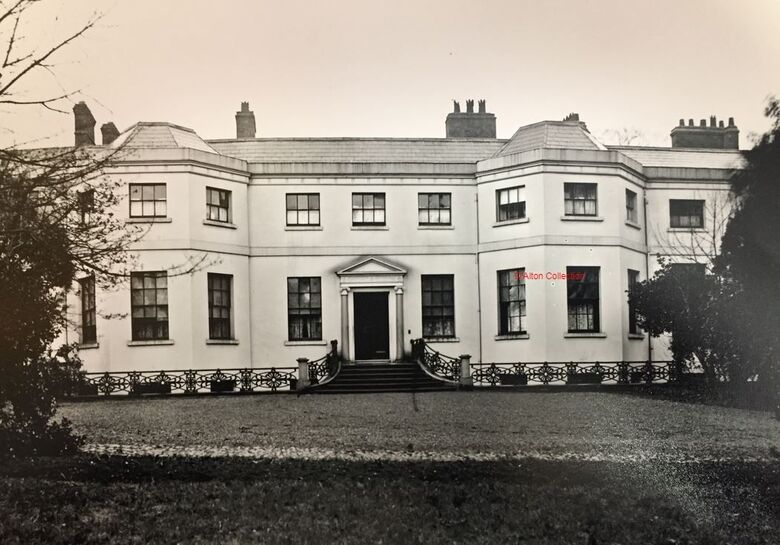 
AREA LOCATION    Blackrock, the site of what is now The Frascati Shopping Centre.

GENERAL                 ​Frescati House built c1739 and remodelled on various occasions.  The Mid-
section has a style of the Queen Anne period and this would tie in with house being extended
by Emily Fitzgerald after she purchased it and added two wings.  In 1802 the house was fully
enclosed with a wall and hedging.  It had five double coach houses and stabling for 22 horses.
In the Italian style it was mainly built in brick which was rendered and lined.  It had
mahogany sash windows and double doors.  The magnificence and magnitude of this house
was staggering.
​
The principal rooms and bedchamber floor all had marble chimney pieces.  The ground floor
consisted of a hall 26' x 10', a parlour 26' x 18', a library with a bow window which was
21' x 16', a dining room 33' x 23' and a drawing room, which was 36' x 24'.   All were connected
by a circular vestibule which had a dome and lantern.   Also on this floor was a waiting room
which was 14' x 12'and a bedchamber  33' x 23' with two dressing rooms.  Each of the dressing
rooms were 21' x16' and had bow windows.  The drawing room was hung with white damask,
also on this floor was a boudoir and cabinet room, two water closets and a gallery that was
48' x 9'.

There were three staircases, two of wood and the central staircase was Portland stone.  One
whole floor was given over to eleven bedchambers, of which six had dressing rooms.  The
basement consisted of cellars, housekeeper's room, butler's room with pantry, steward's room,
servants hall, cold bath and four sleeping rooms for servants.

On the grounds was a forcing pump which supplied the house with cold water, which took
advantage of the small river that ran through the grounds.   Henry Cavandish spend 12,000
on improvement prior to its sale on 34 acres and two other mansions, one called Merrion
Lodge on the lands in 1806.  The hot houses were considered to be the best in Ireland​.

In 1807 Mr Craig open Frescati as a school, charging 8 guineas entrance fee and 40 guineas
per year plus extras.  He turned the ballroom into a schoolroom and taught English, Latin,
Greek and Hebrew in addition to lessons on elocution and composition.  Also on the
curriculum was algebra, geography and the use of globes.  In 1823 the house was altered
and divided in two with a new front door which faced south known as Frescati East.

The house and land was purchased by Frascati Estate Ltd in 1970 after Dun Laoghaire
Corporation rezoned the lands for commercial development.  The house was allowed to fall
into dereliction.  After thirteen years of campaigning to save the house, it was demolished in
1983.