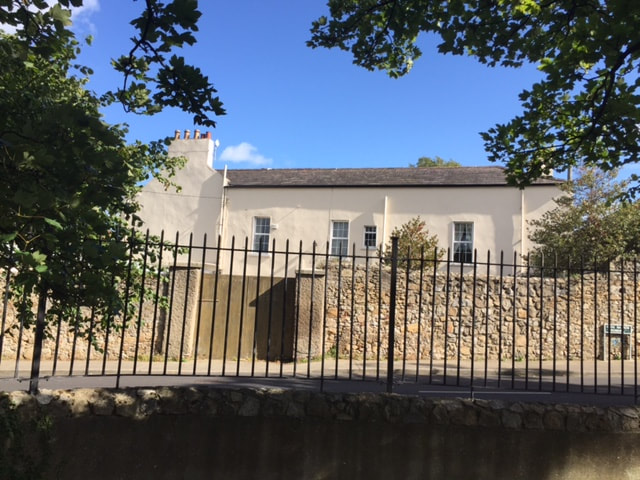 GENERAL                  In 1799 it was described as a roomy modern dwelling house on approx. 3 acres
and in the Dublin Daily Express of June 1884, Rose Hill is for sale and is described as "a detached
house on nearly 3½ acres of land situated about 20 minutes walk of the railway station in Blackrock
with fine views of the sea and surrounding countryside containing 11 rooms."  There was also a
kitchen, pantry, wine cellar not to mention the extensive out-offices and stable yard, all of which were
enclosed and surrounded with fine trees.  Also going for sale at this time was some Milton plates
etched by Francesco Bartolozzi and over 1000 books.
​
YEAR BUILT           circa 1795