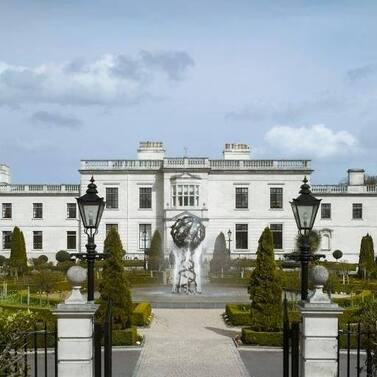 GENERAL                  A listed two storey, five bay classical house with a centre pediment
carried on coupled Corinthian pilasters, and lower wings, which are single storey on one
side and two-storey on the other.  It has a cladding of Portland stone and a glass
conservatory with curved roof.  The fourth gatelodge was shared with San Souci.  The
garden is thought to have been originally designed by Nivian Nevin (the Victorian age
landscaper).  The 1st Viscount Gough renamed the House St Helen's during his tenure
and employed John McCurdy to makes extensive alterations and additions so as 'to add
to the ​accommodations and comfort' in 1862/3.  A beech tree planted in the garden had
a circular iron seat which was slowly subsumed by the tree.  The garden also contained one
of the few old Mulberry trees in the locality.  In 1865 Daniel Webley was employed as
steward and transformed the gardens and designed the planting for the terraces.

The house was renovated again for Sir John Nutting when he purchased it in 1897 by English
architect William Douglas Caroe.  It had four gatelodges, one of which ​was opposite St
Thomas's Church and another which as on Booterstown Avenue.  By 1903 the house was the
location for parties and charity concerts with over 500 people sometimes in attendance to
hear Madame Alice Etsy or Melfort D'Alton sing, or a ball with Gottlieb's band in attendance.
The Nuttings were gracious hosts, and they opened the gardens of their home for many
​charitable events. ​ The stableblock was converted into 10 houses in 1991.

ARCHITECT                Unknown, alterations and additions by John McCurdy 1862/3 with
Messrs M Kennedy and sons the contractors.  Renovated by William
Douglas Caroe circa 1900. 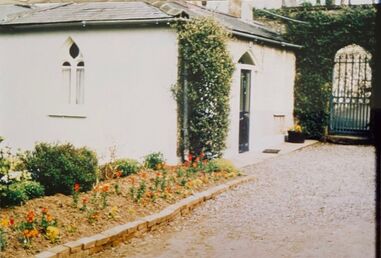