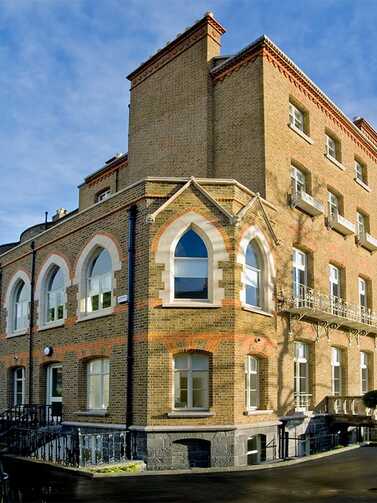 GENERAL                      End of terrace three bay four storey over basement polychrome brick built
house.   It has a hipped slate roof concealed by parapet.  It has sash widows and decorative cast
iron balconettes to the ground, first and second levels.  Mainly in a yellow brick, the chimneystack
has a triple-H monogram picked out in red brick.  The chapel to the rear with projecting oriel
windows was added in 1878 and the stables are now at 62 Lower Leeson Street.