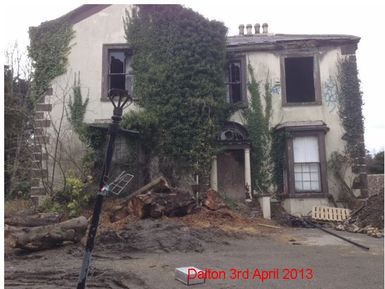 
GENERAL                        A Victorian detached house with a large walled garden and four bedrooms.
An imposing house with bay windows on either side of the front door.  It had an ornately plastered
hall, marble fireplaces and a stained-glass window on the landing.  It had a pretty enclosed courtyard.
The porch was supported by two plain columns and the door had a Art Nouveau transom.