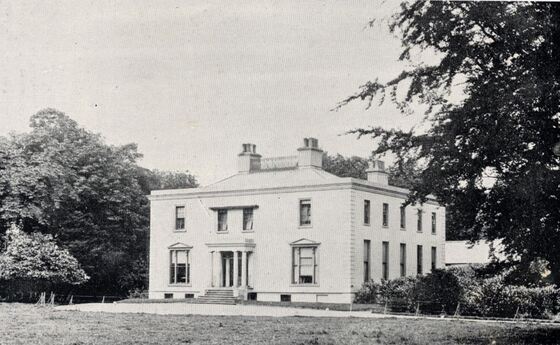 GENERAL                      Four bay, two storey over basement Georgian mansion.  In 1814 it was for sale
on twelve acres.  In 1878 there was a dispute between James Meldon and the owners of the Mowld's
estate re the boundaries of their adjoining properties.  The name of the house was changed to Mount
St Mary when it was purchased by the Marist Fathers in 1921.  Access is now through its secondary
entrance on the Dundrum Road but the main entrance was originally on Bird Avenue.  The entrance
was changed when land was donated for the building of a church in 1954 by the Marist Fathers.  The
gatelodge was demolished when the Church of the Miraculous Medal was built in 1957.  It had a
underground tunnel that led from the basement to the Dundrum Road with a opening at the
summerhouse in the garden.  This is believed to be where Robert Emmet hid when Town Major Sirr
​was searching for him.