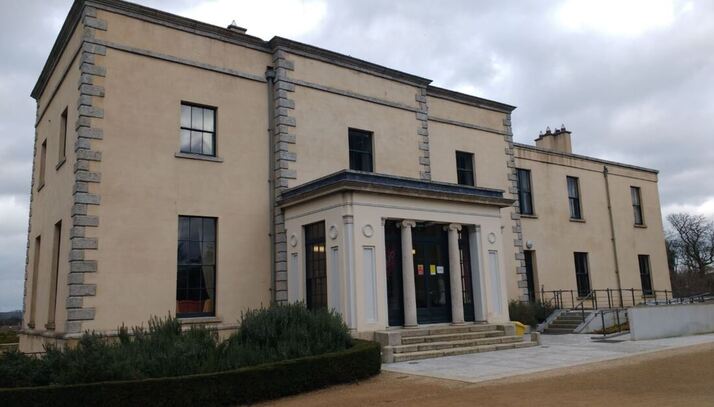 AREA LOCATION          Roebuck within the UCD Campus and usually referred to as Belfield,
Stillorgan Road or Belfield Donnybrook.

GENERAL                      Belfield was the first estate of the present UCD campus to be acquired by
UCD in the 1930’s.  Originally with an entrance from the Stillorgan Road flanked by gatelodges, it
was approached by a long carriage drive.

A two storey over basement elegant house, with a Portland stone porch with surviving stables.  The
house was extended in the 1930's, it has a large entrance hall and the oval room makes a impressive
dining room with it's neoclassical plaster work in the Adams style.  Part of Belfield's walled garden
and the original entrance gates still survive on the campus.

There was a well on the grounds surrounded by twelve trees known as the Twelve Apostles Well.
It is now buried under the N11 opposite the Montrose Hotel.