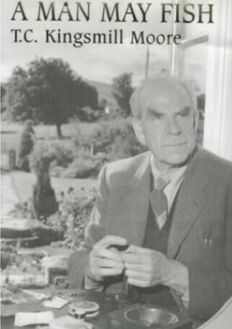 
Rev Thomas Moore LLD son of William Moore, a farmer graduated BA Trinity in 1846.  He was a clerk
in Holy orders based in Liverpool, later Incumbent of St Stephen’s the Martyr, Liverpool.  He married
Lilias Kingsmill on 4 Dec 1850 at St Peters Church, Dublin.  Lillias was the second daughter of Henry
Kingsmill, a builder of Sidmonton, Bray.  He was appointed principle of Midleton College in 1863 and
moved back to Ireland after 14 years in Liverpool.  He was appointed Rector of Middleton and
Precentor of Cloyne Cathedral in 1883.  Lillias died on 27 Jan 1866 at Middleton College.  Thomas
died at Marseilles, France on 22 Feb 1901.

3                 Henry Kingsmill Moore born 11 Dec 1853 baptised at Walton on the Hill, West Darby on
16 Jan 1855.  He was a clerk in Holy orders, living at Queenstown, Cork when he married
Constance (Elwyn) Turpin daughter of John Turpin, Youngrove, Co Cork on 2 Jun 1880 at St
Peter’s Church Dublin.  He was appointed a Diocesan school inspector in 1881 and appointed
Principal of Kildare Street Training College in 1884.  He was made Dean of the Chapel Royal in
1893 and elected by the Corporation of Dublin to represent the Church of Ireland on the
School attendance committee.  They lived at Cedarmount from 1893 to 1943.  Henry was the
author of many books including Irish history for young readers published in 1914, Ireland and
her church: a short history of the Church of Ireland in 1937 and The teaching of our Lord with
reference to finance in 1942.  Elwyn developed Hodgkin's disease and died 2 years later at
Greystones on 21 Aug 1924.  Henry retired as Principal of the Church of Ireland Training
College in 1927 after 43 years and died 1 Dec 1943 at Cedarmount.  He was buried with his
wife and daughter at Mount Jerome.

3          Horace Myres Kingsmill Moore born 6 Jul 1882 at 3 Newenham Terrace, Cork died
28 Oct 1890 aged 8 at Glenville, Temple Gardens, Rathmines and was buried at Midleton.
​
4           Theodore Coyningham Kingsmill Moore, born 15 March 1893 at Belgrave Road.  He was
educated at Marlborough College, Wiltshire and Trinity College, Dublin.  Theodore enlisted
and served in the Royal Flying Corps from 1917 to 1918.  He was called to the Irish Bar in
1918 and became a bencher of King's Inns in 1941.  He married Beatrice Doreen Davison
(Alexander) McNie on 25 Mar 1926 at Bedford.  Beatrice was the daughter of Captain John
McNie of Eduardo, Argentina.  They lived in Burlington Road before moving to Orchardton
in Rathfarnham.  Theodore was also an author, publishing one fly fishing book called A man
may fish in 1960 and a book of verse called Misconceptions written under the nom de plume
Saracen in 1921.  Theodore was elected for the University of Dublin constituency as an
independent member of Seanad Éireann from 1943 to 1948 and resigned in 1947 on his
appointment as a judge of the High Court.  He was a judge of the Irish High Court from 1947
to 1951 and of the Supreme Court of Ireland from 1951 to 1966.  Alexander was a member
of the Women's Social and Progressive League, a member of the Board of the Dublin Fever
Hospital, the Coombe Hospital, a member of the National Organisation for Rehabilitation
and of the National Children's Hospital.  She died in 1976 aged 71. Theodore, a scholar,
poet and fisherman died in 1979.  Both are buried at Mount Jerome.