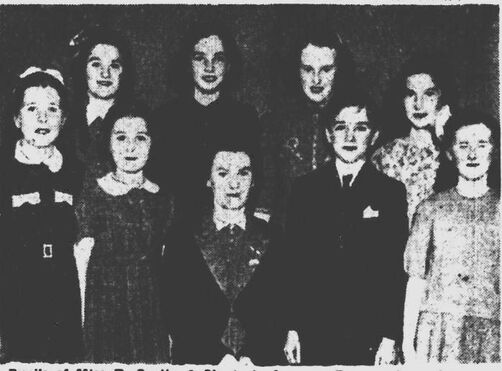 William James Curtis* born circa 1873 in Co Westmeath son of Daniel Curtis, a groom and his
wife Anne Fagan of Lakefield.  He married Elizabeth Mary Roe on 23 August 1899 at Drumcondra
Church of Irelan Church.  James was Roman Catholic and Lizzy was Church of Ireland and
resident at 2 Keith Place.  Lizzy was the daughter of Robert Roe, a police constable and sexton
of Drumcondra church and his wide Hannah Moore.  James was a groom and resident at the
South Circular Road. They were living at the Grange gateloge in 1901 and James was working
as a coachman for Mrs Caroline Darley.  By 1902 they were living at 2 Keith Place in
Drumcondra which they rented from the Butterly family, but James was still based in Stillorgan.
In 1907 John was a van driver and in 1913 he was a labourer.  Later in life he was a joiner,
salesman and carpet layer.  They moved to 2 Clonturk Avenue and the family were still
resident there in the early 1950’s.  James died 12 Jan 1949.  Maude died 29 Dec 1952, her
funeral was held in Drumcondra Church, and she was buried in the adjoining churchyard.

2            Ernest George Curtin born 4 May 1903 at 2 Keith Place, Drumcondra.  Ernest was a
draper and married Elizabeth Millar Watters on 16 Mar 1931 at the Presbyterian
Church on Ormond Quay.  Elizabeth was resident at SCR and the daughter of Alexander
Watters.  The family lived at St Catherine’s Avenue off the SCR.  Ernest died 8 Jul 1970.

5            Rebecca Victoria (Beckie) Curtis born 13 June 1916 at 2 Clonturk Avenue, Drumcondra.
She married Francis (Frank) Savage on 14 Jul 1937 at Drumcondra Parish Church.  Francis
was the son of a David Savage and was a building contractor resident in Belfast.  The
had a daughter and lived at Whitehall in Dublin.

6            Rachel Curtis born 3 Feb 1919 at 2 Clonturk Avenue, Drumcondra was the organist at
Drumcondra church and was pianist to the Girls Brigade.  She taught pianoforte and in
1941, eight of her students received 1st Class honours from the RIAM.  She was unmarried
in 1949.

*We suspect an error on the birth register.