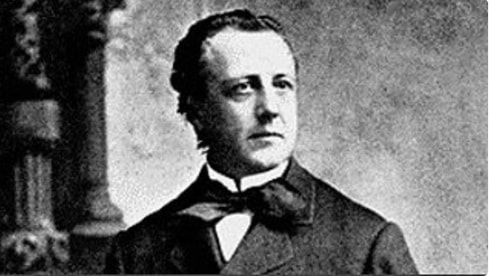 Joseph Scriven, the man who penned 'What a friend we have in Jesus' and great grandson of Edward Scriven
Scriven family of Kilmacud House

1               William Barclay Scriven eldest son born circa 1755 married Catherine Chamney circa 1775.
They were living at Dawson Street and discharged their footman for being drunk and
disorderly in December 1777.  He applied for the job of Register of the Circular Turnpike
Road in 1779. Catherine died and in August 1781, the contents of their house at 62 St
Stephen's were put up for sale.  It is thought that William died in 1782 at Quebec while
serving with the British forces.

1             William Barclay Browne Scriven eldest son baptised 18 Nov 1817 at St John’s
graduated Trinity MB in 1842, and MRCS London 1842.  He was a traditional
physician who converted to homeopathy and became a member of the British
Homeopathic Society, and a Physician at the Dispensary of the Irish
Homeopathic Society.  He married Sarah Hamilton, daughter of Henry Hamilton
of Hampton Hall, Balbriggan at Balrothery Church on on 19 Jan 1854.  William
practiced Hydropathy from 40 St Stephens Green.  Sarah died 23 Dec 1901 at
Rochford House, Balbriggan.  William died on 12 Sep 1906 at Rochford House,
his son George the informant.

2             Joseph Medlicott Scriven, second child born at Ballymoney Lodge, Banbridge, Co
Down baptised on 10 Sep 1819.  He attended Trinity before attending Addiscombe
Military School in England.  He returned to Trinity College and graduated BA in 1842.
In 1845 Joseph moved to Canada, settling at Woodstock, Ontario. He was a poet
and author of the poem "Pray without ceasing" which became the hymn "What a
Friend We Have in Jesus".  He died 10 Aug 1886 in Ontario possibly by his own hand
or possibly a tragic accident.

4            John Enraght Scriven, fourth son born circa 1823 in County Down graduated Trinity
in 1845.  He was a civil engineer and promoted use of Turkish baths for animals,
disapproved of washing sheep before they were sheared and was a member of the
Ulster Chemico Agricultural Society.   He married Emily Jane Close, daughter of
Henry Samuel Close of Newtown Park at Monkstown Church on 17 Jan 1860.  John
died a widower on 21 Feb 1872 at Denver, Colorado.

1              Elizabeth Catherine Glascock eldest daughter of York Street married Lieut Col
Robert Ross In December 1802.  Robert was born in Rostrevor, County Down to
Major David Ross, an officer in the Seven Years' War and his wife, Elizabeth
Adderley, he became Commander in Chief of the English army sent against The
United States in December 1802.  Major General Robert Ross died 12 Sep 1814
after being shot and his body was preserved in a barrel of 129 gallons of Jamaican
rum aboard HMS Tonnant before being buried in Nova Scotia.

2               Anne Scriven born circa 1757 married John McCartney, of Stafford Street and son of
William MacCartney on 26 Feb 1778.  They had seven children before Anne died in 1793.
John secondly married Catherine, daughter of Walter Hussey Burgh, late Chief Baron of the
Exchequer of Ireland on 4 Nov 1794, ML 3 Nov 1794.  He was knighted in 1799 and created
Baronet of Lish, County Armagh.  John had further children including  Hussey Burgh
Macartney, first Dean of Melbourne.  John was an MP and died 29 May 1812.