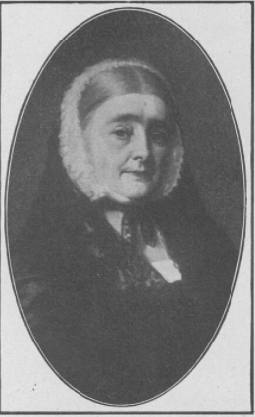 Guy Campbell 1st Baronet of St Cross Mede entered the army in 1795, served in the
Peninsula campaign (where he was wounded), and fought at Waterloo.  That same year,
he was created a baronet for his service. He married Lady Pamela Campbell, daughter
of Lord Edward Fitzgerald and Pamela Simms of Frescati House in Blackrock.   Major
General and a widower with a daughter Frances from his marriage to Frances Elisabeth
Burgogne.  Guy and Pamela met in Scotland and married in November 1820.  They
lived at Plassy House on the banks of the Shannon before moving to Drumcondra House
in Dublin (All Hallows) where they lived from 1837 to 1842.  It was from Drumcondra that
Frances Campbell, daughter from his first marriage was married to Captain Henry B
Harvey of the Royal Irish Fusiliers on 7 Mar 1840.  Sir Guy was Deputy Quartermaster
General in Ireland from 1830.  He was promoted major-general in 1841, receiving
command of the Athlone district.  While stationed at Limerick, one of their children died
and was buried at Kilmurry Churchyard.  On 24 October 1848, he was appointed colonel of
the 3rd West India Regiment, he died suddenly on 27 Jan 1849 aged 71 at Kingstown and
was buried at the Royal Barracks Dublin (Collins Barracks).  Lady Pamela lived at
Hamilton Cottage, South Hill Avenue in Blackrock from 1852 moving to Woodview in
1859.

Pamela became an author beginning with children's books.  She wrote two novels for
adults - Martin Tobin (1864), a love story set in New Zealand; and A Woman's Confession
(1867).  She was renowned as a great conversationalist due to her 'wealth of anecdotes
about the leading celebrities of Europe, such as Wellington, Lord Byron, and Thomas
Moore, whom she had met over the course of her life.'  She died 25 Nov 1869 and was
buried at St  Nicholas graveyard, Thames Ditton, Surrey.

1            Pamela Louisa Campbell, second daughter born 20 Aug 1821 married the Rev Charles
Stuart Stanford, curate of Glasnevin on 20 Jul 1841.  Charles was discharged as Vice
Regal Chaplin by Lord Carlisle for proselytising.  Charles edited Plato’s Phaedo,
” Xenophon’s Anabasis”.  He was rector of St Michan's from 1845 to 1854 before being
appointed as rector at St Thomas', Dublin.  Pamela died at 14 Merrion Square North on
1 Feb 1859 and was buried at Stillorgan graveyard.

2          Pamela Charlotte Augusta Stanford, eldest daughter born 4 Jun 1844 at 2 Mespil
Parade died 10 May 1868 at Calais while returning to Ireland from Hyères, a southerly
resort and spa on the French Riviera.  She was buried at Stillorgan graveyard.

3          Mary P G Stanford born circa 1847, living at Park Cottage, Thames Ditton, Kingston,
Surrey with three of her siblings in 1881.  Sarah Mary Genevieve Stanford died a
spinster at Thames Ditton in 1908 and was buried at St Nicholas'.

6          Charles Edward Fitzgerald Stanford born circa 1855 at Blackrock was a preparatory
schoolmaster, living with his step mother Agnes at Friary Cottage, Culvers Close, St Michael,
Winchester, Hampshire in 1891.  By 1901 he was Headmaster of Rottingdean Private
School, Lewes, Sussex.