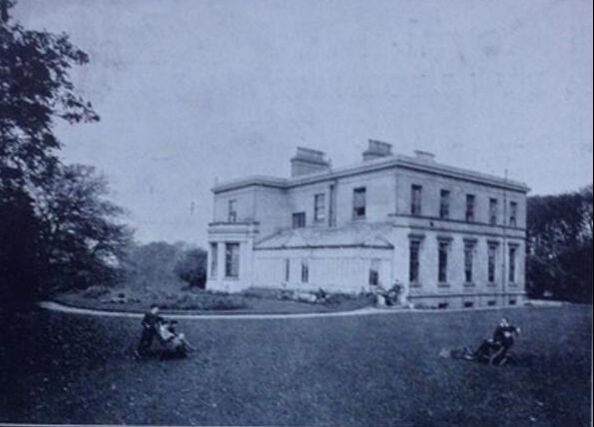 ​William E Cairnes from Scotland was an apprentice brewer at the Bellingham Brewery owned by
Sir William Bellingham & John Woolsey.  He married Mary Anne Woolsey, the daughter of Rev
William Woolsey and the niece of Sir William Bellingham.  In 1813 he was a partner in that firm.
He set up his own brewery in Castlebellingham in 1826 and the same year he purchased the
Stameen estate in Drogheda.  He died 29 Dec 1863 and left 100K in personal estate.

2            Thomas Plunket Cairnes, chairman of Castlebellingham and Drogheda Breweries Ltd and
director of the Great Northern Railway of Ireland.  William Cairnes eldest son born
December 1830 married Sophia Gaussen, daughter of Charles Gaussen at St George’s
Church on 1 Jun 1855.  In 1889 the interests of the two breweries were merged, and a
public company formed under the title of the Castlebellingham and Drogheda Breweries
Ltd and this title was changed in 1933 to Cairnes Ltd.  He sponsored a wing at the
Rotunda Hospital which is now the NCIU unit known as the Plunket Cairnes unit and he
erected the Blue School at Drogheda in memory of his father. Thomas died 24 Apr 1894 at
Monkstown Park and left 368K (Approx 50 Million) in personal estate.  Sophia died
​               8 Feb 1902 at Monkstown.
​
1            William Plunket Cairnes born 1 Apr 1857, attended Cheltenham College and Trinity
Cambridge graduating in 1880.  He was a businessman and a banker and he
married Alice Jane Hamilton Agar, daughter of Major General James Sturgeon
Hamilton Agar on 1 Dec 1886.  They lived at Stameen in Drogheda and their Dublin
Residence was 6 Raglan Road.   William was Deputy-Governor of the Bank of
Ireland and then Governor of the Bank of Ireland.  He was a director of the City of
Dublin Junction Railway (The loop) and lived at the Cycamores, Drogheda.  William
died at Raglan Road on 18 Dec 1925 at Raglan Road and was buried at Drogheda.
He left 102K in personal estate and Alice died 27 Dec 1952.