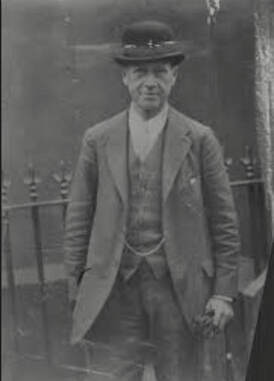 George Orr Wilson born circa 1830 the 3rd son of William Wilson and Rebecca Dupre MacKay of
Daramona and Larkhill Rathmines.  He graduated Trinity and was called to the Bar in 1857.  He
married Annie Shaw eldest daughter of Lieut Colonel Ponsonby Shaw late of the Madras Army.
They lived firstly at Monkdown before moving to Dunardagh, Temple Road in 1865.  George
died on 13.08.1902 at Middlesex and left 42K in personal estate.  Anne died 11.05.1917 at
Charton Farningham, the residence of her son Walter.

8          Walter Gordon Wilson born 21.04.1874 at Dunardagh.  He was educated as a naval cadel on the
HMS Britannia and at King's College Cambridge.  He married Ethel Crommelin Gray at St
Margaret's Westminster on 1 Jun 1904.  Ethel was the youngest daughter of Samuel Octavius
Gray of Rudgwick, Sussex.  He was a consulting engineer for automobile gas and oil engines.
During WW1 he served in the Tank Corps and was chief of the Design Mechanical Warfare
Department, experimenting on building a trench crossing machine.  In 1918 is received the CMG
(order of SS Michael George for important non military service in a foreign country).  In 1919 he
and his partner Sir William Tritton, head of the William Foster & Co, a Lincoln firm which
constructed the tanks used at the Somme, applied for and were awarded 15K by the Royal
Commission for War Inventions.  He invented the Wilson self-changing gearbox and was the
founder and a director of the Coventry arm of Self Changing Gears Ltd.  He died at his home in
​            Itchen Abbas, Winchester on 30.06.1957.