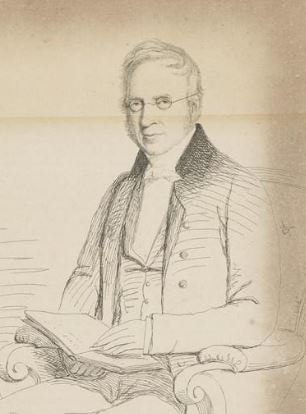 James Singer married Elizabeth Henderson, daughter of James Henderson.  He was Deputy
Commissary General of the forces in Ireland.  They lived at 46 Castle Street and Annadale in
County Dublin.

1            James Henderson Singer graduated a doctor of medicine.  Major James Singer of the
7th Fusiliers was killed in May 1812 at Badajos, Spain, in the Peninsular Wars.

3          John Henderson Singer third and youngest son born 1 Jan 1786 at Annadale, near
Phillipsburgh, Co. Dublin.  He attended Trinity, graduated BA in 1806 and took Holy
orders.  He became a Fellow in 1810 and Regius Professor Divinity in 1850.  He married
Mary Crofton, eldest daughter of Henry Crofton, Senior Chaplain of the Royal Hospital,
Kilmainham and niece of Sir Hugh Crofton of Mohill, Leitrim on 2 Apr 1822 at the
Chapel of the Royal Hospital.  He went to Russia in 1839. He denounced Balls, Theatre
and Racing.  He became Bishop of Meath in 28 Nov 1852.  Rev Dr Singer was a member
of and served as secretary to the Royal Irish Academy.  He was a leading member of
the Evangelical body of the Irish Church and a strong opponent to the National Board
of Education.  He was the Chaplain to the Magdalen Asylum on Leeson Street and was a
promoter of the reformed faith and educating in the Irish Language.  He had the living
of Raymoghy, Co. Donegal, which he held along with his professorship.  He was
archdeacon of Raphoe from 1851 to 1852.  He died in office on 16 Jul 1866 at Dundrum
House and was buried at Mount Jerome.  He  left four sons and three daughters. Mary
died on the 26 Apr 1869 at Pembroke Road aged 73.

8          Paulus Æmilius Singer born circa 1832 took Holy orders.  He was instituted to the
union of Stackallen, in the County of Meath and diocese of Meath in October 1859.
He married Cherrie Napier, daughter of Joseph Napier, ex Chancellor of Ireland at St
Peters on 3 Mar 1860.  Paulus died 25 Oct 1901 at Emsworth.
​
9          Sarah Letitia Handfield Singer born 19 Oct 1833 at Dawson’s Court, Booterstown. She
married Reverend Robert Staveley, son of Reverend Robert Staveley and Sarah
Frances Crofton on 2 Aug 1854 at Ardbraccan, County Meath, Ireland. Sarah died on
5 Sep 1886 at age 52 in County Dublin.