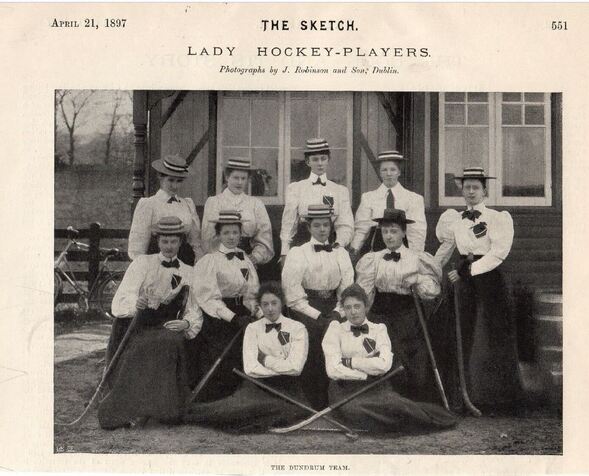 
James Robinson born circa 1811 to Joseph Robinson, and Elizabeth Spufford of Liverpool.  He
opened a polytechnic museum at 65 Grafton Street in 1846, displaying Art, Science and
Mechanical amusements for drawing rooms.  James of Liverpool and 41 Grafton Street
married Anne Mira Bolton, fourth daughter of John Bolton of 62 Grafton Street at St Anne’s
Church on 16 May 1844.  On his return from Paris in 1847 he added microscopes, opera glasses
and telescopes to his product range and extended the premises.  In 1849 he was an agent for
Soda and Seltzer water and by 1850 he was trading as an optician.

In 1853 he was selling fireworks and had a pyrotechnic department as well as a camera
department.  In 1855 he had a photographic studio and is trading as an optician.  In 1869
he launched the sale of Velocipedes (bone-shakers from France).  By 1873 they were trading
as James Robinson & Sons.

His three sons, John, Richard and James took over the business after his death and in 1883 a
second store was opened at 172 Regent Street in London which was run by John.  There was a
fire at Grafton Street premises in 1887 and they moved temporarily to 23 Nassau Street.
The Grafton Street store was rebuilt by James Franklin Fuller in 1888.  The partnership was
dissolved in 1892 and James traded as J Robinson & Sons, the advertisements cease in 1907.

3          Richard Spufford Robinson second son, born circa 1849.  He was an optician and registered
a patent for 'An Improvement In frames for astigmatic glasses to fasten on the nose' in 1889.
He died unmarried 28 Feb 1893 at 6 Florence Terrace, Bray buried at Mount Jerome.

4           James Robinson born 1 Nov 1853 at Grafton Street. He was appointed Hon Sec of the
Dundrum Cricket Club at its inaugural meeting in 1868.  Meetings of the club were held at 65
Grafton up to 1883.  The club is still in existence using grounds at Wesley College.

5          Annette Robinson born circa 1850 was the eldest surviving daughter and living at the Cedars
Kingstown, the home of her brother in law William Bolton when she married Samuel Lombard
Brown, a Barrister at Kill Parish Church on 20 May 1896.  Annette died at Cambridge Tce,
Rathmines on 31 Oct 1906.