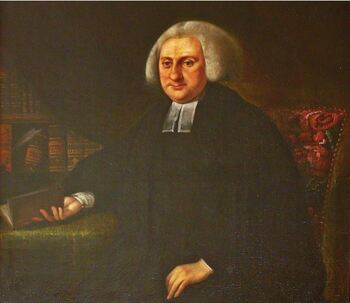 1                Isaac Mann baptised 4 Jun 1711 at Norwich.  It is believed that he was brought to Ireland as
a child, being supported by Lord Chancellor of Ireland Robert Jocelyn, 1st Viscount Jocelyn.
He graduated Trinity College, Dublin in 1732.   He served as Jocelyn's household chaplain for
several years and was Minister of St Matthew's Chapel, Ringsend.  He was Archdeacon of
Dublin from 1756 to 1772 and lived at Stephen's Green.  In 1772 he became Bishop of Cork
and Ross and was presented to the Archbishop of Canterbury on 25 August.  He provided for
the personal superintendence of his successors by building a new Bishop's Palace at Cork.  His
residence while this was being built was Ballineaspeg. He was the author of religious school
texts one of which was a popular catechism called 'Familiar Exposition of Church Catechism in
five parts: To which are added Prayers for the use of Parents, Children and Servants' also author of
Seven Heavenly Smiles.  He was much in demand for charity sermons and complied travelling
all over the county.  He died 10 Dec 1788 Queen’s Square, Bath where he had gone to improve
his health.  His remains were repatriated and buried at the Episcopal Chapel of the Bishop’s
Palace at Ballineaspig on 31 Dec 1788, (a chapel build by Bishop Peter Brown in 1730).  His
nephew Samuel was his executor together with the Rev Robert Austin.  In 1865 the chapel at
Ballineaspig was in ruins and a rumour abounded that the remains of the two bishops interred
there had been desecrated.  Under an order by the Ecclesiastical Commissioners this was
investigated and found to be untrue.  The burials had not been interfered with and the leaded
coffins were intact.  They  were removed to St Finbarr's Cathedral.  In 1849 the marble
memorial to Bishop Mann dedicated by his nephew was removed to St Finbarr's Cathedral.