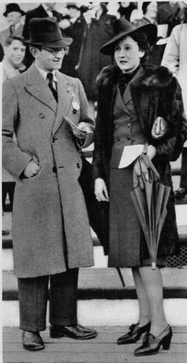 William Henry Mahon was born on 31 Dec 1856 and was the son of Sir William Vesey Ross Mahon
and Jane King.  He became the 5th Baronet in 1893.  He was High Sheriff of County Galway, 1898,
and JP, Lieutenant Colonel, 4th West Yorkshire Rifles and served in South Africa.

He gained the rank of Major in the 4th Battalion, West Yorkshire Regiment.  He was a JP for the West
Riding, Yorkshire and Co Galway and DL for the of County Galway.  He was awarded the DSO
and fought in the Boer War between 1900 and 1902.  He married Hon Edith August Dillon, second
daughter of Lord and Lady Clonbrock on 25 Jan 1905 at Asascragh, Co Galway and held over 1200
acres of untenanted land in the Ahascragh area.  He died on 13 Aug 1926 and left nearly 4K in
personal estate in the Free State and ​property in England of nearly 12K.  Edith died on 24 Apr 1964
at age 85.

3              Sir George Edward John Mahon (twin) born on 22 June 1911 at 63 Merrion Square.  He was
educated at Wixenford College, Wokingham and at Eton College in Berkshire.  He succeeded as
the 6th Baronet Mahon, of Castlegar, County Galway on 13 Aug 1926.  He graduated BA from
Trinity College, Cambridge in 1933.  He was British Consul in Berlin during the Weimar Republic.
He married Audrey Evelyn Jagger, daughter of Walter Jagger, Surgeon on 20 Sep 1938 and they
resided at Woodley Park House. They had issue and Audrey died by her own hand aged 57 at
21 Wellington Road Dublin.  George was living at Castle House Dundrum at the time but moved
to Castleknock Lodge after her death.  He was on the board of The Royal Exchange Assurance
Company in 1961 and president of the Institute of Bankers.  He secondly married Suzanne
Donnellan, daughter of Thomas Donnellan.  George was a banker and a director of Guinness
and Mahon until his resignation in January 1971.