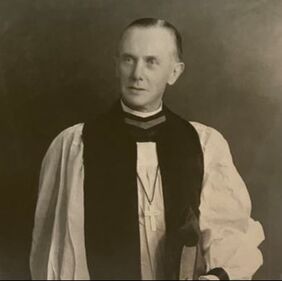 
James Birch Kennedy, grandson of Rev James Jackson Birch, born 18 May 1808 at Moydalyon
House and of Marybrook, Co Down married Charlotte Brunker, third daughter of Captain James
Brunker of the 5th Dragoon Guards at St Iberius Church in Wexford on 18 Dec 1841.  In 1835
he was living at Phippsborough House when he became a member of the RDS.  This house was
the residence of James Birch, linen merchant, who died there in 1839.  James was a banker and
stockbroker with offices at Leinster Chambers at 43 Dames Street.  He was a director of the
Grand Canal Company and the owner of land at Dromara in Co Down, which he had inherited
from his grandfather, the Rev James Jackson Birch.  Charlotte died 24 Mar 1854 at Richmond Hill
Monkstown and was buried at Mount Jerome.  James was listed as a shareholder of the Tipperary
Bank whose main directors were James Sadlier, Vincent Scully and managed by Wilson Kennedy.
It was later proved that Kennedy had sold his shares and that on the same day he sold, a James
Barron Birch bought shares and the paperwork had not been amended properly to reflect the
change of ownership and he was judged to be not liable.

He moved to larger offices at 63 Dame Street and was appointed peace commissioner in 1864.
In 1867 he was declared bankrupt owing nearly £30K with assets in Dromara worth £1500.  He
moved to Lake Cara in Co Kerry and died at the house of his daughter Mary, Ailsa Lodge in
Wexford on 27 Mar 1900 and was buried at Rathaspect.

1                James Houghton Kennedy eldest son born Dublin 7 Oct 1842.  He attended Trinity
College and was ordained in 1866.  He was curate of Dalkey from 1870-1873, Curate
of Monkstown from 1873 to 1878 before he became rector of Stillorgan in 1879.  He
took his Doctorate in 1892.  During his tenure, land was leased from Col Kenney of
Woodview and the Rectory was built beside the Church.  A classical scholar, he was
author of Natural Theology and Modern Thought as the Donnellan Lecturer for
1888/9.  He was a supporter of the Claremont Institute, a school for deaf and dumb
children in Glasnevin run by Dr Charles Orpen. He was a Canon of both St Patricks
and Christchurch and Chaplin to the Lord Lieutenant.  His sister Mary lived with him
until she married in 1890.  He died unmarried at Stillorgan Rectory on 14 Jul 1924 and
was buried at St Brigid’s graveyard.  Lily Humphreys from Brookvale House close to the
Church was the informant of his death.

2                Mary Kennedy, eldest daughter born 8 October 1844 at Clifton in Kingstown lived at
Stillorgan Rectory with her brother until she married Robert John Allen of Wexford
son of Richard Allen on 4 Jul 1890 at Stillorgan.  By 1901 Robert had died.

3                Edward Thomas Kennedy born circa 1843 was the owner of lands at Cara Lake near
Killarney.  He married Annie Carleton, second daughter of the Rev H Carleton, Rector
of Drumcondra on 2 Jul 1873 at Drumcondra Church.  He was a civil servant working
at Dublin Castle and was called to the bar in 1875 but never practised.  He secondly
married Eleanor Caroline Davis, elder daughter of Sydenham Davis of Richmond
Park, Monkstown on 7 Sep 1876.  He was conferred with his doctorate in 1879.  He
was Chief Clerk of the Petty Sessions Department in Dublin Castle before taking on
​                  the role of Collector General for Rates in Dublin.  Edward died 15 Feb 1892 at 16
Clyde Road aged 48.