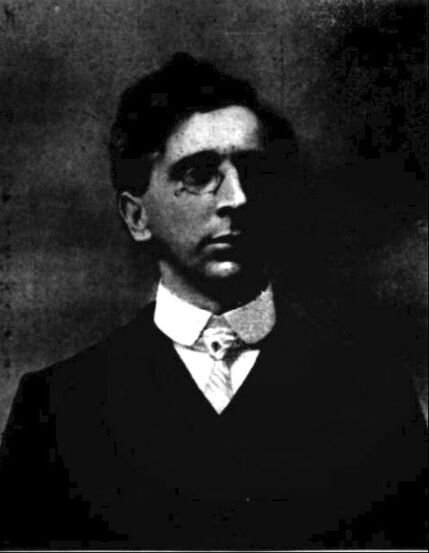 Charles Gaskin born circa 1849 in Stillorgan.  He was a comedian, and his stage name was Charles
Sullivan.  He was the son of James Gaskin and married actress, Margaret Gilfoyle (Miss Marion
Seymour was her stage name).  No marriage record has been found.  Margaret was the daughter
of Daniel Gilfoyle and Sarah Kinsley.  Her father died and her mother secondly married widower
Cornelius Griffin in 1867 to which she was a witness and they lived at 45 Queen’s Square.  Queen’s
Square was associated with actors and the theatre.  Cornelius worked as a coachsmith and
blacksmith.  Margaret was a contralto vocalist and burlesque actress and died from blood
poisoning aged 30 on 1 Apr 1882 at 45 Queen’s Square.  She pricked her finger with a needle
when mending a costume and was buried at Glasnevin.  She left behind 7 young children.  In 1890
a notice appeared in the newspaper that information on the marriage of Charles and Margaret
circa 1869 in Cork was being sought.  The Guilfoyles were also an acting family and lived at 17
Queen's Square and they used the stage name Seymour.

1             Daniel Patrick Gaskin followed in the footsteps of his father and was acting in 1887 in the
Queens Theatre as D G Sullivan or D Gaskin Sullivan.

3             Ellen Gaskin born 13 May 1875 baptised at St Andrews and acted under the stage name
Ella Sullivan with her sister Sadie.
​
4             Lucinda (Lucy) Gaskin born 11 Dec 1876 baptised at St Andrews.  Sponsor Catherine
Gaskin.  Lucy married William Henry Bury at the Pro Cathedral on 7 Jul 1897.  William was
a clerk and the son of Byker Bury, a coach maker and his first wife Mary Sexton.  Lucy was
resident as 15 George’s Place and her witness was Eleanor Gaskin.  Lucy was a widow in
1911 she had 8 children of whom five survived.

6             Sarah Gaskin born circa 1881 was acting in 1897 using the stage name Sadie Sullivan.
She was a contralto vocalist.  She played the Queens theatre in 1896 playing the part of
the ‘simple Kathleen’ to her stepmother’s Molly Bawn, in the 'Wearin o' the Green’.   She
played the Alhabra Theatre in Belfast in 1897.  She was with the Lyceum Company in
1901 and played the Grand Opera House in Belfast.

Charles Gaskin secondly married Marion D’Alton on 12 Mar 1886 at Aloysius Chapel in Garnet Hill,
Glasgow.  Marion born circa 1863 was an actress and a member of the Charles Sullivan Company.
She was the daughter of Thomas D’Alton and Mary Anne Jones.  Charles had the Hibernian
Company and presented Dion Boucicault’s plays such as Colleen Bawn and The Shaughraun taking
the lead roles with his wife.  He also took on the lead roles In in Levers ‘Handy Andy’.  Charles died
on 27 Feb 1887 aged 38 at Liverpool and was buried at Glasnevin.  Charles Guilfoyle Seymour took
over the management of the company and the lead roles.

Marion of 15 George Place secondly married John McAdam on 30 Oct 1895 at the Pro Cathedral.  John
was proprietor of the Donegal Vindicator, Enniskillen Press and the Tyrone Herald.   He was the son
of Patrick McAdam and Mary Gallagher of Ballyshannon.  She continued acting under the name Mrs
Charles Sullivan.  Marion died 27 Jul 1900 at East Port Ballyshannon, Donegal.