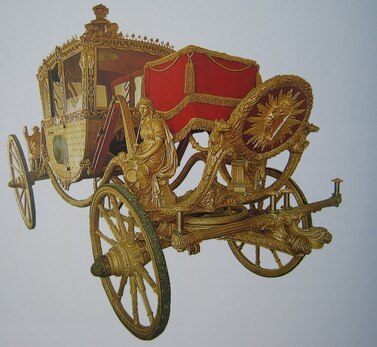 John Fitzgibbon born circa 1748 second son of  John Fitzgibbon and his wife Elinor Grove.  He graduated
Trinity in 1767 and was  called to the bar in 1772 and had a extensive practice.  He married Anne Whaley,
the celebrated beauty, second daughter of Richard 'Burn' Chapel Whaley of Whaley Abbey, Co Wicklow
on 1 Jul 1786 at St Peter's, Dublin.  He was an MP for Trinity and opposed the Catholic relief bill of 1778
and the tenantry bill of 1780.  He lost his seat in 1783, failed to get elected in Limerick and had to settle
for a seat in the pocket borough of Kilmallock.  He was appointed Attorney general in December 1783
succeeding Barry Yelverton.  He was very vocal in his opposition of patriots like Lord Fitzgerald and
fought a duel with John Philpot Curran.  He considered Theobald Wolfetone and Thomas Addis Emmet to
be traitors.   He was much embarrassed by his sister Arabella Jeffereyes who championed The White Boys
and in 1787 passed a law making membership of same a capital offence.  In 1789 on the death of Lord
Lifford he was appointed Lord Chancellor of Ireland.  His principal residences were Mount Shannon in
County Limerick and 6 Ely Place in Dublin.  He rented the Mount Merrion estate from 1786 to 1793  and
Blackrock House (Rutland Lodge) in County Dublin from 1794.

The Lord Chancellor commissioned a gilt coach which was completed in London in 1790 and was described
in detail in news reports.  This coach was eventually bought by the National Museum of Ireland in 1949
from the South Kensington Museum having had it on loan for nearly 60 years.  In the 1980s it was restored
and given on loan to Newbridge House Demesne in Swords.  In 1799 he was conferred with the title of
Baron of Great Britain, Baron Fitzgibbon of Sidbury of the County of Devon and that same year, his steward,
Mr Allen was murdered at Mount Shannon.

He left Mount Shannon for Dublin on 23rd January after a riding accident, the plan was for him to continue
to Bath to recuperate.  He died 28 Jan 1802 at Ely Place and was buried in St Peter's churchyard, Dublin,
on 31 Jan 1802 with his daughter Isabella.  The funeral attracted upwards of six hundred people.  Twenty
four servants with coloured scarves, and twelve mourners accompanied the hearse which was followed by
74 carriages through Hume Street, past Stephen's Hospital and York Street.  In his Will, he bequeathed
£1200 a year to his wife plus his seat at Mount Shannon until his eldest son reached maturity and 20000L
to his second son and daughter.  1600L a year was allowed for the education of his three surviving
children in England, with a caution to them them not to become involved with the sordid vice of gambling.
He expressed the wish that after their education ceased and they became of age that they would reside in
Ireland.  His executors were Lord Kilwarden, Robert French and George Steward.

After his death his town library was sold, which included the 70 volumes of Oeuvres de Voltaire, a 1st
edition of Cook's Voyages and Petty's maps of Ireland.  His law library was sold to Lord Redesdale and
subsequently sold again in 1808.  The coaches and his bay horse Hollyhawk were also sold after his
death.  Anne died in January 1844 at the home of her daughter Isabelle.
​
1            John Fitzgibbon born circa 1792 became the 2nd Baron Fitzgibbon, Earl of Clare on the death of
his father in 1802.  He was a friend of Byron and accompanied the Duke of Leinster on a grand
tour from Lisbon to Gilbraltar and Malta to the Greek Isles.  He married Miss Seymore, the ward
of Mrs Fitzherbert in Paris in 1818.  He secondly married Elizabeth Burrell, daughter of the late
Lord Gwydir on 14 Apr 1826.  The couple separated in 1929 and Lady Clare moved to the Isle of
Wight and converted to Roman Catholicism.  She built and endowed St Mary's Church at Ryde
and also built a convent at Carisbrooke for the nuns of the Order of St Dominic.  John was a
supporter of Catholic emancipation and was Governor of Bombay from 1830 to 1834.  He died
in August 1851 at Brighton without issue.  Lady Clare died 30 Apr 1879 and was interred at
Carisbrooke.

2            Richard Hobart Fitzgibbon born 2 Oct 1793.  He joined the army with the Grenadier Guards
and served on the staff in the Peninsula and took part in the battle of Bussaco.  He was
appointed Colonel of the Royal Limerick County Militia in 1818.  He was MP for Co Limerick
from 1818 to 1841.  He married Diana Woodcock, daughter of Charles Brydges Woodcock by
marriage licence issued on 20 Dec 1825 at Middlesex followed by a ceremony at Westminster on
9 Jan 1826.  Diana had been married to Maurice Crosbie Moore but that marriage was dissolved in
early 1825 after Richard had been ordered to pay £6000 in damages to her husband.  He became
3rd Baron Fitzgibbon, Earl of Clare on the death of his brother John.  He died 11 Jan 1864 at his
residence in Kensington.  Diana died 29 Sep 1865 at Bryanstown Square and left 5K in personal
estate.

3              John Charles Henry Fitzgibbon only son born May 1829 was a lieutenant in the 8th
Hussars and was killed in the charge of the light brigade at the battle of Balaclava on
25 Oct 1854 ending the Baronetcy and the male line.  A monument was erected on Sarsfield
Bridge commemorating his bravery which was blown up in 1930.  Rumours abounded
that JCH Fitzgibbon had not been killed at Balaclava but had been taken prisoner.  There
were sightings of him and this story inspired the book by Rudyard Kipling 'The Man Who Was'.

5              Lady Elinor Sophia Diana Fitzgibbon born circa 1835,  third daughter married Francis Henry
Cavendish 24 Apr 1856 at St James' Church, London.  They lived in London and had three
children.  Lady Elinor left her husband in 1865 to live with Lord Cecil James Gordon in Nice
and was subsequently divorced by her husband with damages of 10K.  She married Victor
Jules Paul Pellet on 11 May 1872 at the Dept de la Lozere, France.