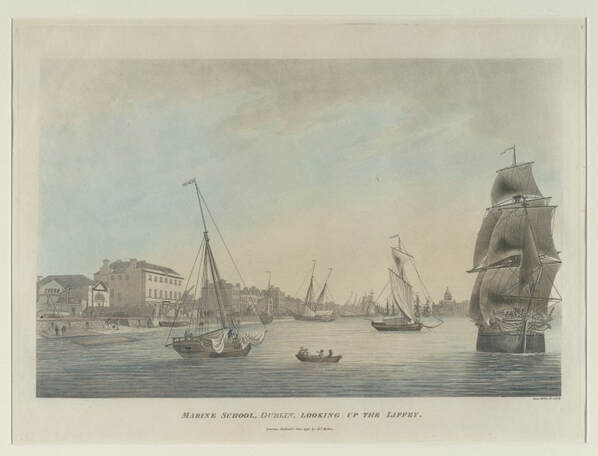 Marine School - Plate by Malden
The Desbrisay family of Lakelands

Theophilous De La Cour Desbrisay and Magdelana Devergex Daubussarguss, of the parish of
St Michan were married by a French Minister by prerogative licence on 29 Aug 1718.

2               Jasper Desbrisay born circa 1727 took part in the Battle of Culloden in 1746 which is
considered the last battle in Britain and was the beginning of the Highland clearances.
He was an officer in the 4th Regiment of Dragoons.​

He married Jane Powell of St Anne's Parish on 30 Jul 1757.  He was the uncle to Samuel
Hayes of Avondale, whose mother was Anne Parnell, the sister of his wife Jane.  His
brother in law was Sir John Parnell, 1st Baronet of Rathleague, Queen’s County.   He
served with the 43rd Regiment, Monmouthshire Light Infantry in 1781.  He was a
governor by subscription of the Hibernian Marine Society’s School for the Children of
Decayed Seamen looking after the orphans of seamen of his Majesties Navy.  In 1783 he
was Ordnance agent at the Battle-axe Barracks for French Officers on half pay with an
address of 59 Dawson Street.  The uniform of the Battle-axe Guards was quite spectacular.
It consisted of a scarlet jacket with a blue collar, both jacket and collar were edged with
gold lace.  It had gold epaulettes attached by blue straps which were embroidered with
gold.  He was a governor of the Foundling Hospital of Dublin in 1797 and a signatory on
The Charter of the Royal Canal Company from Dublin to Tarmonbury in 1789.  They lived
at Lakelands in Kilmacud from  circa 1777 to 1799.