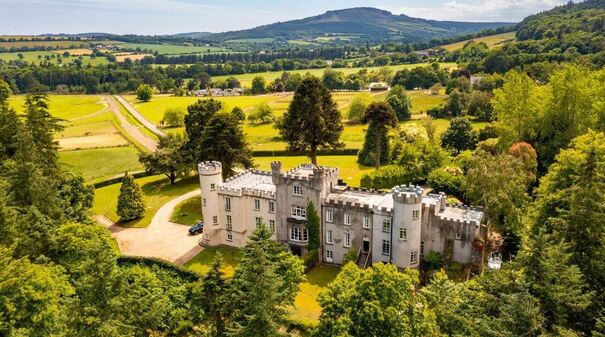 William J Sharman eldest son of Colonel William Sharman of Moira Castle married Mabel Crawford.
He assumed the name Crawford in addition by Royal licence on the death of his father in law.  He
was High Sherriff of Co Down from 1811 to 1834.  He championed the interests of the Irish tenant
farmer.

10           Mabel Sharman Crawford born circa 1820 in Dublin.  She liked to travel and wrote books
on her adventures.  She was a member of the National Society for Women's Suffrage.
Mabel died in 14 Feb 1912 in Middlesex.

11           Eleanor Frideswood Sharman Crawford married Thomas de Crawford of Fortbreda and
a merchant in Belfast on 11 Jun 1863 at Newtownards.