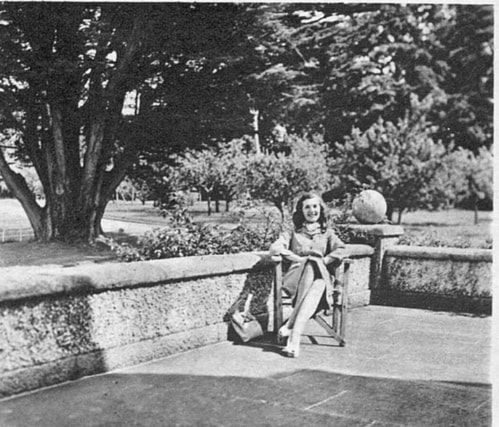 Patrick Harding son of Patrick and Margaret Harding of Godoon in Tipperary born circa
1843 married Kate O’Brien circa 1874.  They had 14 children of whom 12 were still alive in
1911 and Patt’s Uncle James was living with the family.  Patrick was a farmer and a cooper,
his speciality was making butter cases.

They opened a shop in Parnell Street, Dublin on 11 Oct 1918,  the first of 30 odd outlets which
were known as "The Monument Creameries"  famous for their butter.  They opened their second
shop at 24 Lower Camden Street in 20 Feb 1920 which became their head office and a third
shop at Rathmines in 1926.  In 1920 a large party of soldiers raided the Monument Creamery
Provision Stores in Parnell Street and broke through the back wall to get into Neary’s Hotel.

By 1930 they had 13 outlets handling 11 tons of butter per week and were selling cakes made
with their own cream, butter and eggs.  They arranged their first Staff dinner dance at Clery’s
Ballroom which was attended by 400 people.  By 1935 they had opened cafes at two of their
outlets.  They were one of only three retailers of Tayto crisps when they were launched in 1954.
Séamus was member of the Seanad Éireann and died 30 Jun 1933 aged 37 at Orwell Road,
Rathgar and was given a State Funeral.  Agnes and her young family moved to Burton Hall in
1939 and remained there until the house and lands were sold in 1953.  There is a lovely story of
the bank manager refusing to meet a woman to discuss finance, so Agnes in her blue Daimler
arrived at the bank, sent her chauffeur (Eddie Keogh) in to fetch the manager out to her car and
after that he agreed she could meet him in his office.  Monument Creameries went into voluntary
liquidation in 1966 and Agnes moved to The Priory in Monkstown owned by Noel Le Brocquy.
Agnes died 5 May 1971 and was buried with her husband at Glasnevin Cemetery.

1         Kathleen Ryan attended University College Dublin, a film actress she appeared in British
and Hollywood films between 1947 and 1957.  She was a great beauty and was painted
by Louis le Brocquy.  Her portrait called Girl in White was painted in 1941 and entered
in the RHA exhibition of that year and is now in Ulster Museum collection.  Kathleen
married Dermod (Derry) Devane in 1944 which was annulled in 1958.

3         John Ryan was an artist and poet and was instrumental in having the simple wood and
granite seat installed on the canal in memory of the poet Patrick Kavanagh.  He was also
the owner of the Bailey Pub on Duke Street and organised the first Bloomsday.  He was
a broadcaster, publisher, critic, editor of the Envoy: A Review of Literature and Art,
and author of 'Remembering How We Stood'.

6        Oonagh Ryan married a prince and established a pottery near the village of Porches in
The Algarve.

8        Ita Ryan (Sister Íde ni Rhian), youngest child joined the Convent of The Sacred Heart,
Mount Anville, Dublin and was the author of The Life of St Ide of Killeedy, A Story History
of Mount Anville, and The Life and Times of Mrs A V Ryan.

8               Alice Harding born 29 Apr 1882 at Drumwood worked as a assistant in McGraths Bakery on
Tipperary’s Main Street.  Alice married Eamonn Roche, a creamery manager and son of
Laurence Roche and Elizabeth Keating of Bruree at St Joseph's Church in Limerick on
24 Sep 1913.  They had a daughter (who died in childhood) and three sons.  Eamonn was
involved with the local volunteer movement and acted as the local IRA’s quartermaster.  He
went on the run and after eluding several raids he was eventually arrested near his home at
Bruree and sentenced by court martial to two years’ imprisonment.  He was elected to
Limerick County Council as a Sinn Féin candidate in June 1920.  He was released under the
general amnesty in November 1923.  In 1925 he was appointed manager of the Mitchelstown
Co-op.  Eamon was a religious man and was a member of the third order of St Francis.  'Boss
Roche' died in Baggot Street on 7 Sep 1952 after attending a GAA Final.