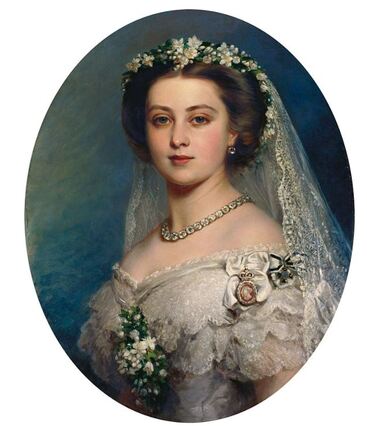 Samuel William Reynolds born circa 1773 married Jane Cowing on 21 Jul 1793 at St Mary Magdalen, Old
Fish Street.  They lived at 47 Poland Street and Samuel was producing messotinto prints.  By 1801 S W
painted in the Flemish style and was noticed as a artist in his own right when he submitted a painting to
the Royal Academy.

He specialised in making prints of John Opie's paintings and in 1818 produced a full length print of the
late HRH Princess Charlotte from a painting by George Dawe.  In 1821 he was on a committee to raise
money for John Scott, editor of the London Magazine who was killed in a duel and by 1822 he was
engraver to the King.  In 1823 he produced a portrait painting of Sir G Colyer, Bart which was exhibited
at Somerset House.  He was also the engraver of Sir Joshua’s Reynold's works and produced a set of over
350 small mezzotints after Sir Joshua Reynolds's portraits, issued in four volumes between 1821 and 1826.
He died at Bayswater on 13 Aug 1835 aged 62.  There are over 400 examples of his work in the National
Portrait Gallery, London.

Reynolds was a popular engraver in both Britain and France and was also a landscape gardener who it
is thought laid out the grounds of  Mount Edgcumbe in Cornwall.  In April 1836, his pictures, drawings,
copper plates etc were sold at Messrs Christie and Manson at their rooms as King Street, James’s
Square by order of the executors.

1                     Samuel William Reynolds born 6 May 1794 was baptised at St James', Piccadilly on
4 Jun 1794.  SW junior was a mezzotint engraver, landscape painter and landscape
gardener like his father.   S W Junior lived at 15 ½  Holland Street, Kensington from 1844.
He married Emma Humbly, daughter of John Humbly of Pall Mall at St James’s
Westminster on 25 Jan 1824.  He was living at Margaret Street, Cavindish Square at this
time.  He continued working as an engraver and in 1839 produced a engraving from
Frederick Tayler's painting of HRM on her favorite grey charger which was widely
acclaimed.  He died on 7 Jul 1872 at Feltham Hill Middlesex.

1              Francis (Frank) Reynolds, born London circa 1828.  He studied at The Royal
Academy of Art and moved to Ireland by 1861. He produced a painting of the
Hon Mrs Yelverton that same year, it went on show at Cranfields of Grafton
Street and was visited by thousands.  He lived at Airfield, the home of Thomas
Cranfield 1862 to 1864 and at Enderly, Dundrum from 1865 to 1873.  In 1858
he produced an engraving of Victoria, the Princes Royal.  The work was a copy of
a full length painting by Franz Xaver Winterhalter. That same year he also painted
Victoria, (oil on canvas).  It shows the princess in her wedding dress, decorated
with lace and flowers.  In 1868 he was commissioned by Thomas Cranfield  to
execute a large painting of all the leading coursers in Ireland, and several of their
famous dogs.  In 1871 his painting of Master McGrath, the greyhound was
produced as a photograph by Cranford and his painting of Maurice Brooks MP (later
Lord Mayor of Dublin) was exhibited at the Royal Academy.  In 1879 he produced
paintings of the Punchestown winners.  He returned to England and died at
​                                       Scarborough on 5 Nov 1895.

2                   Elizabeth Reynolds born 14 Jul 1800 baptised at St James' on 23 Jul 1800.  Elizabeth
was a miniaturist painter and married engraver William Walker in 1829.  Elizabeth
became the principle miniature painter to King William IV in 1830.  Her artistic training
began at home, learning mezzotint engraving from her father.  Her training continued
under the tuition of artists Thomas Lupton and George Clint.  She exhibited at the
Royal Academy and the Society of British Artists throughout her life, painting the
portraits of five Prime Ministers.  Although she predominately painted miniatures, she
also painted whole-length portraits in oil.  In 1829 she married the engraver William
Walker. William died at Margaret Street in September 1867 and Elizabeth died circa 1876.