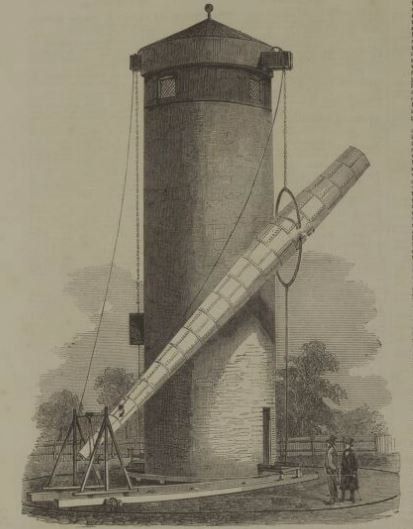 Robert Craig born circa 1775 in Donegal was the son of John Craig.  He attended Trinity
as a sizar in 1795, graduating 1801 with 4 premiums in Hebrew, Latin, mathematics and
Greek (Gold medal).   He applied for a fellowship but was unsuccessful.  He married Isabella
in 1803 and opened a boarding school called the Cullen's-Wood Academy but found the
numbers of pupils to be too great for the accommodation.  By use of his wife's fortune he
purchased Frescati House and Demesne for 2000 guineas and a yearly rent of 349 pounds.
Robert and his wife Isabella* relocated to Frescati opening Frescati school on 1st Apr 1807.
He charged 40 Guineas per year on top of an 8 Guinea entrance fee.  His pupils excelled
and his staff were well paid.   Isabella looked after the well-being of the students with the
help of 8 servants.  The students dined with the Craigs and enjoyed fresh vegetables from
the gardens and milk and butter from their own dairy.

He had Frescati on a lease from Mr Oglevie and was taken to court for building a wall
and door on the main road to give private access to the Black Rock.  The jury found that
it should be left open to the public for sea bathing.   In 1820 he built Pembroke Tce,
contiguous to Frescati and the same year he rented Merrion Lodge to Mrs and Monsieur
du Noyer to run a female boarding school.  In 1822 the contents of the boarding school were
for sale, which included 60 beds and mattresses and a patent steam kitchen range and Robert
was concentrating on property development and writing. ​

​In 1823 the houses was divided and half of the house with a new entrance was for let
(the East wing) and the following year Robert is offering to tutor just a few students in
preparation for entrance to college, charging 100 guineas a year.  His book  'Refutation of
Popery was published in two volumes in 1823/4.  He died on 18 Jun 1829 at Frescati and
the contents of the house and his extensive library were auctioned after his death.
Isabella was his executor and her solicitor was Mr Boileau.  He left 20k to his son John
and an estate worth 1300 per annum.  Isabella and the family moved to Fitzwilliam Lodge
after the death of Robert.   John sold the Frescati estate in 1858 through the
Encumbered Estates Court which included land on Anglesea, Georges and Sidney Avenue
as well as lots on Carysfort and Newtown Avenue.

1          Margaretta Blanch Craig, eldest daughter married the Rev William Deey of
Merrion Avenue on 3 May 1828 at SS Philip and James, Booterstown by the
Rev Edwin Biron.

2          John Craig, eldest son born 31 Dec 1805 at Frescati, graduated Trinity 1832 and took
Holy orders.   He was ordained deacon by the Bishop of Elphin and appointed curate of
Kilgeffin in County Roscommon in 1829.  He was ordained priest in 1830 and took his
MA at Trinity in 1832.  He married Anne Alley, granddaughter of Richard Underwood
and had one son and was a widower on taking a further MA in Cambridge University in
1834, his wife having died at Hastings.  He was chaplin to Lady Olivia Sparrow from
1834 to 1837 before becoming Vicar of Leamington in 1839.  It set about constructing a
new church at Leamington, this is virtually a mini Cathedral and is still in use.  It is
thought that upwards of 30K of his own money was spent on its construction.

He secondly married Helena Jane Johnstone, youngest daughter of the late Col
James Johnstone of Upper Wimpole Street, on the 24 Dec 1834 at Newchurch on the Isle
of Wight.  Helena had a fortune of 56,000 pounds.  His only son died in 1852 and
Helena died 7 Mar 1854 aged 49.  He designed a telescope and the Craig Telescope was
erected in Wandsworth Common, and for a period was the largest telescope in the
world.  He thirdly married Mrs Jane Goodchild Perceval on 3 Mar 1859 the widow of
banker Samuel Percival of Abington Hall, Northampton.  Jane died from cancer in 1870.
John died at Leamington on 30 Jun 1877 after an extraordinary life which even included
a spell in gaol and was buried in the old cemetery at Lemington.

3          Maria Eleanor Craig, third daughter married Hawksley Leney on 26 April 1838
at Booterstown Church.  Hawksley was the second son of the Rev Alexander
Leney from Donegal, who ran a boarding school at Castledawson, Booterstown
with his son William.  Archibald Hawksley Leney, physician with Booterstown
dispensary died on 24 Apr 1840 at his residence FortwIlliam Lodge.

*Isabella Viney nee Davidson married Joseph Viney, a merchant in 1791 at St Mark's Dublin.
Her daughter Elizabeth Viney was married (from Frescati) on 19 Jan 1828 at Booterstown
Church to the Rev Edwin Biron.   The Rev Biron was curate of Rosinalis, Queens County and living at
Mountmellick before being instituted to the vicarage of Limpoe, Hythe in 1840.   Jeremiah Viney
was an occasional visitor to Frescati and is described as the brother of Mrs Craig's former husband.