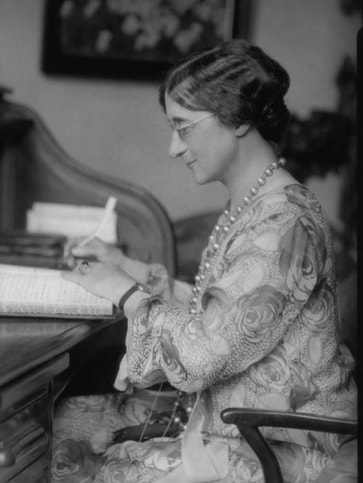 Alexander Boyle born circa 1796, son of Alexander Boyle of Charles Street and Grace Vicars.  He
married Helen Orr of Keeperstown on 10 Nov 1824 at St Peter’s Church, Dublin.  Helen was the
youngest daughter of William Orr of Ralston, Renfrewshire and his wife Mary Kibbel.  Alexander
was a member of the RDS and lived at 112 Stephen’s Green from 1827 to 1830.  He was a notary
public and stockbroker.  In 1832 he was a partner in Boyle, Low, Pim and Company, stockbrokers
and private bankers.  He was a governor of the Royal Hospital for incurables, Donnybrook.  Boyle,
Low, Pim & Co moved to premises in 35 College Green in 1840.  The firm eventually became Boyle,
Low, Murray and Company, which remained in business until 1946.  He was president of the Stock
Exchange from 1845 to 1849.  In 1846 he was elected Dublin city sheriff. They lived at Bellevue,
Killiney, which he had built, from 1837 to 1852. The chimney stacks on Bellevue collapsed and one
of their children had a narrow escape.  He was Chairman of the Dublin & Kingstown Railway
Company in 1861.  They lived at Galtrim House, Bray from 1862 to 1867.  He erected a house at the
corner of Earlsfort Terrace and Hatch Street (No 12) later lived in by Rev Lord Plunket, Bishop of
Meath.  Alexander died 14 Jan 1870 at Earlsfort Terrace.  He was buried at Mount Jerome and he
left 2K in personal estate.  Helen was living at Milltown House Mill at the time of probate.  She died
at the Kingstown Hotel on 11 Dec 1883 and left 2K in personal estate.

7            Richard Warneford Boyle born 13 Jan 1838 at Bellevue Killiney.  He was a partner in Boyle
Murray, Low & Co from 1864.  He married Alice Mary Chambers at St John’s Church,
Knaresborough on 1 Jul 1868.  Alice was the daughter of George W Chambers of Clough
House, Rotherham and Richard was a banker.  They lived at Marino Park from 1868 to
1870, Milltown House from 1871 to 1879 and The Cliff, Sutton, Howth from 1880.  Richard
was chairman of the stock exchange.  His licence as stockbroker to buy and sell government
stock was revoked in 1884 when he was charged with felonious practices in connection with
the alleged offences which became known as the Dublin Castle Scandals (the discovery of a
network of homosexual men in Dublin).  He was removed as a Commissioner of the Peace
and absconded to Spain.  A warrant for his arrest was issued.  He died 27 Dec 1900 at
Camberwell, Surrey and left 5K in personal estate.  Alice died 1921 at Somerset.

1               Alice Helen Anne Boyle born 19 Nov 1869 at 12 Earlsfort Terrace.  She studied at
the London School of Medicine for Women from 1890 to 1893 under Elizabeth
Garrett Anderson and completed a Doctor of Medicine degree in Brussels in 1894.
She had a number of relationships with female partners and in 1897 Helen and
her partner, Mabel Jones, set up the first women-run general practice in Brighton,
offering free therapy for poor women.  She established the Lady Chichester
Hospital for the Treatment of Early Nervous Disorders in 1905 and was in charge
of Chichester Hospital for 50 years.  She was a pioneer in the field of mental
health and the co-founder of 'Mind', the National Association for Mental Health.
She died at her home at Pyecombe, near Brighton on 20 Nov 1957 where she
lived with Marguerite du Pre Gore Lindsay