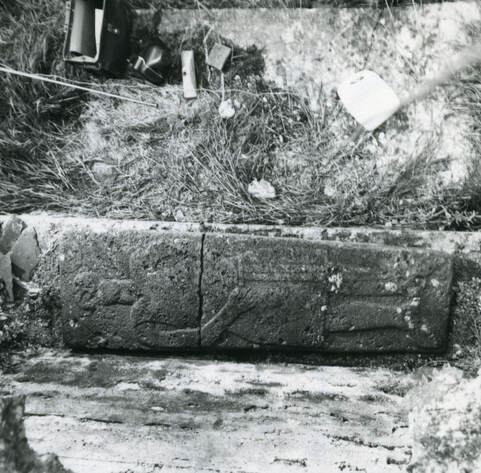 Mathew of Rathlin/Rathnaleen/Rathmorres, Nenagh, Co Tipperary son of Reymond (Redmond) Morres
of Cluanin (now Clermont in Co Tipperary) and Jane D’Oyly.  He married Margaret Magan, second
daughter of Francis Magan of Emoe, Co Westmeath on 4 Feb 1766.  Matthew died at Rathmorres on
19 Jun 1795 and was buried with his parents.

1                Hervy de Montmorency Morres born 8 Mar 1767 joined the Austrian army in 1782 at the age
of fifteen.  He married Baroness Von Helmstatt, Lady Louisa May Caroline Sophia Eberhard,
daughter of Wolfgang Frederick Eberhard at Heidelberg on 11 Sep 1794.  Louisa died
23 Nov 1798.   He joined the United Irish men and was involved in the 1798 rebellion and
afterwards escaped to Hamburg.  He was arrested with Napper Tandy and James
Bartholomew Blackwell and returned to Ireland to be jailed at Newgate in 1789 but ended up
in Kilmainham.  He was never brought to trial and was released in 1801.  His father in law died
in 1802 and some of his estate devolved on Hervey.

1           Louise Josephine Morres born 22 Sep 1795 at Knockdalton was Dame d’honneur to
the Queen and Governess of Honour to the Princess Caroline of Bavaria, sister of the
Empress of Austria.

He secondly married Dame Helen Esmonde widow of John Esmonde and daughter of
Bartholomew Callan on 2 Feb 1803 at Great Charles Street, Mountjoy Square (registered at the
Pro Cathedral, Dublin) using the name Harvey Morris.  In 1815 certain members of the Morres
family, were allowed to re-assume their ancient and original surname of Montmorency by royal
licence.  This pedigree was authenticated by Sir William Betham.  This appears to be at the
behest of Hervey de Montmorency Morres who supplied the backup documentation to the claim
that Geoffrey de Marisco, Constable of Ireland Marshal of Henry II of England and Hervé de
Montemarisco were brothers and that ‘Hervé de Montmorency was no Frenchman but, a native
of England, that he had brothers, and those brothers again, had issue and that from this stock
the Anglo - Hiberno line of de Marisco and Morres derived.'   He lived at Franfort, Dundrum from
1824 - 1825.

He was not included on the list of eligible names which must have rankled as he produced a
memoir in 1817, Genealogical memoir of the family of Montmorency, styled De Marisco or Morres and
a follow up version in 1828.  Years later this pedigree, endorsed and indeed contributed to by Sir
William Betham, would be called into question.  Even illustrations from Hervey’s memoir including
an effigy of an unknown Knight at Hospital, Co Limerick which Hervey claimed to be the tomb of
Geoffrey de Marisco were thought to have been doctored.  Hervey moved to Paris circa 1810 and
became a French citizen in 1816 and died on 9 May 1839 at St Germaine-en-Laye, near Paris.

6                 Mary Morres born in France married Theophilus O’Flanagan, Professor of the Irish Language
in Trinity College.  Mary died in 1812. Theophilus was the first secretary of the Gaelic Society
of Dublin which was formed in 1807.  He completed a translation of the Annals of Innisfallen
and died in 1814.