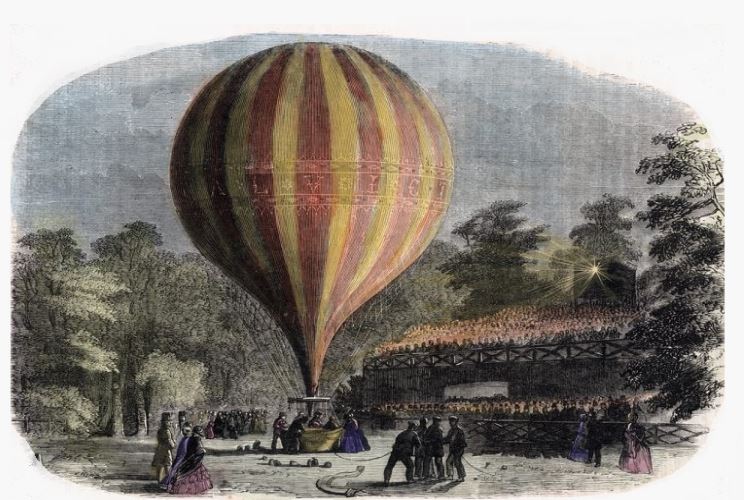 Henry Marke Mason married Jane Dillon, daughter of James Dillon on 29 May 1762 at St Audeon’s
in Dublin.  He held an office in the household of the lord-lieutenant as well as the post of
'land waiter for exports' in the revenue department at Dublin.

Henry secondly married Jane Mosse of the parish of St Anne daughter of Bartholomew Moss,
MD and founder of the Lying in Hospital on 4 Nov 1774 at Dublin.  Henry died 1795 in Dublin.

4                   William Charles Monck Mason born 7 Sep 1775.  He took over from his father as
Landwaiter for exports circa 1796 and married Jane Alicia Winder of the parish of
Finglas on 18 Sep 1797 at Dublin and moved to Mount Eagle (Stillorgan Castle).  An
author, he is best remembered for his History of the Antiquities of the Church of St
Patrick published in 1819 which covered the history of its foundation in 1190, to the
year 1819.  They lived at 18 Harcourt Street and Stillorgan Castle.  He was a collector
of rare books and manuscripts.  His research documents for his book on St Patricks
and other planned books including the History of Christchurch were sold by Messrs
Sotheby and Wilkinson in 1858 for £1772 to the British Museum.  He was a vindicator
of Jonathan Swift and included in the sale was a letter written backwards from the
Dean to his friend Thomas Sheridan dated 1718.  He was church warden at Stillorgan
in 1799.

Funding was never obtained to publish The History of Christchurch and the original
manuscript was said to have been lost, although it was reported that some of  the
unbound manuscript was used by a shopkeeper in Dominic Street for wrapping meat,
but this was refuted by Thomas Drew.  In 1826 Thomas's position with Customs was
abolished and he retired on a pension and moved abroad.  He died at Surbiton Hill,
Kingston on Thames on 6 March 1859.

1               Thomas Monck Mason, only son born circa 1803 graduated Trinity.  He was
an accomplished musician, flautist and spent several years abroad studying
music. He was equerry to HRH the Duke of Sussex.  He went spectacularly
bankrupt in 1833 having leased the  Kings Theatre to serve as his own Italian
styled Opera House in London.  His debts were in excess of 60K and the
court case dragged on for years.

In 1836 Tomas wrote an account of his Balloon trip from The Vauxhall
Gardens to Weilburg in Germany with Charles Green and Robert Holland.  It
was the first overnight flight, it took 17 hours and they covered a distance of
500 miles, a record that remained unbeaten until 1907.  He published a book
on the journey in 1838.

He married Maria Henrietta Bishop on 23 Sep 1842.  It appears that their
marriage took place after the birth of 4 of their children.  Maria died in 1849
at Chertsey and Thomas was living as a widower with his remaining 3 children
with his widowed father at Weybridge in 1851.  In 1881 he was living at the
Charter House, a home for poverty stricken gentleman.  Having had such an
exciting young life, he appears to have fallen into obscurity in later life.  He died at
74 Church Gardens where he was writing a treatise on the New Testament.

5                 Henry Joseph Monck Mason born circa 1778 was a Doctor of Divinity and lecturer of Trinity
College. He married Anne Langrishe daughter of Sir Robert Langrishe of Knocktopher
Abbey at St Anne’s Church on 16 Apr 1818.  He was Hon Sec of the Irish Society, a society
which promoted the gospel being ministered in the native tongue.  He died at Dargle
cottage on 14 Apr 1858.

Thomas secondly married Mary Grey daughter of Sir George Grey at Portsmouth in
December 1823.  They lived at Enniskerry Lodge and Thomas died on 31 Oct 1838.
​
2                George Henry Monck Mason, eldest son born circa 23 Aug 1824 was a political
agent of Joudhpore and late captain of the 74th Native Infantry East India Service.
He married Sara Cheyne, daughter of John Cheyne MD at Agra on 13 Feb 1850.
He was murdered on 18 Sep 1857 near Ahwa, Rajpootana. There is a plaque in
his memory at Enniskerry Church.

"At 25 minutes to four the balloon and car, containing nine persons, rose majestically from the ground, and assuming at first a south-westerly direction, rapidly traversed the extremity of the firework gallery, immediately and closely sweeping over the heads of the persons who had collected there for the purpose of witnessing the ascent.  As soon, however, as she had reached a slight elevation her ascensive power quickly prevailed and in a few seconds she was involved in the clouds which impeded at a slight distance above the surface of the earth.
Although the day might be considered as generally unfavourable to aeronautical display, yet was it not without its advantages, especially to those whose previous experience in such scene had been confined to a clear atmosphere or an unclouded sky.  The vast extent of vapour which canopied the earth, and ultimately excluded that object from our view,  one point it was calculated to detract from the beauty of our prospect, by depriving us of one great and  unusual source of admiration, in another contributed to the interest and majesty of the scene by the novel aspect under which it presented the altered face of nature to our senses.
Scarcely had we quitted the earth, before the clouds, which had previously overhung us, began to envelop and gradually to exclude the fading prospect from our sight.  It is scarcely possible to convey an adequate idea of the effect produced by this apparently trivial occurrence.  Unconscious of our own motion from any direct impression upon our own feelings, the whole world appeared to be in the act of receding from us into the dim vista of infinite space; while the vapoury curtain, like similar phenomena represented on the stage, seemed to congregate on all sides and cover the retreating masses from our view.  The trees and buildings, the spectators, and their crowded equipages and finally the earth itself at first distinctly seen, gradually became obscured by the thickening mists, and growing whiter in their forms, and fainter in their outlines, soon faded away ‘ like the baseless fabric of a vision’ leaving us, to all appearance, stationary in the cloud that still continued to involve us its watery fold.  To heighten the interest and maintain the illusion of the scene, the shouts and voices of the multitude whom we have left behind us, cheering the ascent, continued to assail us long after the interposing clouds had effectually concealed them from our eyes, in accents which every moment became fainter and fainter, till they were finally lost in the increasing distance.
Through this dense body of vapour, which may be said to have commenced at an altitude of about 1000 feet, we were borne upwards to perhaps an equal distance, when the increasing light warned us of our approach to its superior limits and shortly after the sun and we rising together, a scene of splendour and magnificence suddenly burst upon our view, which it would be vain to expect to render intelligible by any mode of description within our power; pursuing the illusion which previous events had been so strongly calculated to create, the impression upon our senses was that of entering upon a new world to which we had hitherto been strangers, and in which not a vestige could be perceived to remind us of that we had left, except the last faint echo of the voices which still dimly reached us, as if that of some interminable abyss into which they were fast retreating.
Above us not a single cloud appeared to disfigure the clear blue sky, in which the son on one side and the moon on her first quarter upon the other, reigned in undisturbed tranquillity.  Beneath us in every direction, as far as the eye could trace, and doubtless much farther, the whole plane of vision was one extended ocean of forms, broken into a thousand fantastic forms, here swelling into mountains, there sinking into lengthened  fosses, or exhibiting the appearance of vast whirlpools; with such a perfect mimicry of the real forms of nature, that, were it not for a previous acquaintance with the general character of the country below us, we should frequently have been tempted to assert without hesitation the existence of mountainous islands penetrating through the clouds, and stretching in protracted ranges along the distant verge of our horizon."
​
Thomas Monck Mason - September 1836