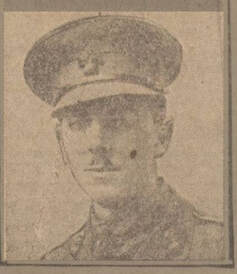 John Jolley, a librarian and a member of the church of Ireland married Anna who was
Roman Catholic.

2       Townsend Jolley, youngest son born 27 Jan 1860 in Co Cork, was baptised in St
Finbarr's Cathedral in Cork on 19 Feb 1860.  He married Alice Gertrude
Graves, third daughter of James Graves, Superintendent of the Anglo-American
Telegraph company on 8 Jun 1886 at Valentia Church.  Townend donated to the Irish
National Memorial as a thanks offering that four of his sons had survived the Great
War.  Townsend worked for the Anglo-American Cable Company and later worked for
Wallace Brothers, Coal Distributors of Westmoreland
Street and retired in 1928.  Alice died 19 Jun 1949 at Cantona Nursing Home, Belgrave square, Rathmines
aged 80 and Townsend died 13 Aug 1934 at 'Zeitoun', 12 Garville Road, Rathmines.

2        William Ernest Jolley born 4 Jun 1888 at Knightstown, Valentia became a clerk
at St James’ Gate Brewery.  He was living at Overton, Dundrum when he married
Elinor Sibel Carey, daughter of Thomas Stephen Carey of Bellevue, Kilmacud
Road on 3 Jun 1914 at Taney Church Dundrum.  The wedding was a sumptuous
affair, the reception being held at Bellevue.  The bride wore a lace veil which had
been worn by her mother and grandmother.  The couple went to the Channel
Islands for their honeymoon.  William died at St Kevin's Park Dartry in 1950 and
Elinor died at Cowper Road in 1967.

5       Arthur Henright  Jolley born 23 Jun 1893 at Knightstown, Valentia. He became
an engineering apprentice at Messrs. Combe, Barbour’s in Belfast and trained at
the School of Instruction in Holywood and in England.  He was gazetted to a
commission in July 1915, 2nd lieutenant of Duke of Wellingtons West Riding
Regiment, he was attached to the Machine Gun Corps.  Reported wounded in
September 1916, he survived the war.