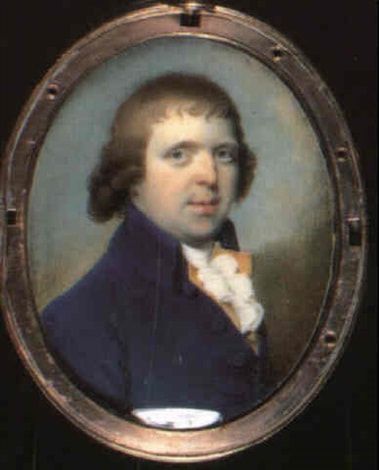 SIR HENRY JEBB, KNT.  Sir H. Jebb was born at Boyle, in the County of Roscommon.  He was the son of Richard and Elizabeth Jeeb, of that town.  His father, an apothecary, died in 1771, leaving two sons Frederick and Henry) and two daughters (Mrs. Mary Willson and Mrs. Margaret Gibson).  Frederick, the elder son, was a medical man, and became Master of the Rotunda Hospital in 1773.
​

He was one of the most fashionable accoucheurs of the Eighteenth century, and practised chiefly amongst the upper classes.  Frederick and Henry changed the second" e » in their name into" b."   At that time there was a Sir Richard Jebb, M.D., Physician to the King, enjoying a large practice in London.   He left his fortune to an Irish Jebb, a young man who at that time was studying for the law.  Probably the young Jeebs thought that Jebb (the name of the great London doctor) would sound better than Jeeb.

Henry Jebb probably served an apprenticeship to his father.  He studied in the Rotunda Hospital whilst his brother was Master of that great maternity hospital, and set up in practice as a surgeon and man-midwife at No. 22 North Anne Street, in 1777.  He soon removed to William Street, at that time a fashionable place, where he rapidly attained to a large practice, chiefly obstetrical.  For services of an obstetric nature, rendered in Dublin Castle, he received in 1782 the honour of knighthood from the Lord Lieutenant.

Jebb was one of the original members of the Surgeons, JAMES RIVERS 389 Society, and was elected a member of the College at their first meeting.  For many years he was a surgeon to Mercer's Hospital.  He rivalled Surgeon Hume as a builder, having erected a large number of houses in North Frederick Street, which he named after his son.  Jebb was twice married.  His second wife was Mary, daughter of David Kelly, of Terrygott, in the County of Mayo.  He had three sons and two daughters.  His eldest son, Frederick, was apprenticed to his father, and although he did not take out the licence of the College he was for many years assistant surgeon to Mercer's Hospital.

In 1809, he entered as assistant surgeon in the 18th Dragoons, and saw much service in the Peninsula and at Waterloo.  He settled in Oporto, where he was killed by a fall from his horse.  Henry joined his brother in Oporto, and he, too, died in that city.  Neither brother was married.  Ross Henry, the youngest son, was indentured in 1822 to A. Read, and studied in the College School.  He died young.

One of Jebb's daughters married John Hill Linde, of Annefield Lodge, County of Kildare, and the other became the wife of Dr. White, a County Dublin gentleman.  A son of the latter was for some years in medical practice at Caxton, Cambridgeshire.

The latter part of Jebb's life was chiefly spent in a house in Grafton Street.  He died in 1811, at Dromartin House, which he had built, near Dundrum, County of Dublin, and was buried in the little churchyard at Glasnevin Village, County of Dublin.

His brother Frederick, who had married Elizabeth Somerville, died in 1782.