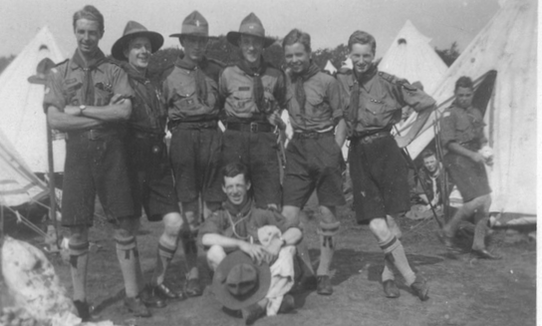 1           Edward Edwin Glanville born 8 Jun 1873 at 70 Aughrim Street.  He studied mathematics
and experimental science and graduated Trinity in 1895.  He worked for the Wireless
Telegraph & Signal Company founded by Italian inventor Guglielmo Marconi in 1897.
He carried out the transmission tests between Alum Bay on the Isle of Wight and
Bournemouth and was involved in the transmitting of the first sporting event at the
Regatta in Kingstown.  He was assistant to George Kemps who Marconi had employed
to set up a wireless telegraphy link between Rathlin Island and Ballycastle to monitor
shipping for Lloyds.  He died on 21 Aug 1898 after a fall from the cliffs on Rathlin Island.

2           Annie Lee Glanville born 21 Sep 1876 at 5 Pembroke Place, Mount Merrion Avenue.  Annie
had a degree in Mathematics and Physics and worked as a maths teacher in Dublin,
Belfast and Cardiff and died a spinster 19 Aug 1922 at Ben Inagh.

6            Arthur Evenson Glanville born 11 Jan 1897 at Ben Inagh.  He was scoutmaster for 14th Dublin,
Blackrock in 1916 and played hockey for Leinster.  He attended the Royal College of Science.
He enlisted with the Royal Dublin Fusiliers in 1917 and was a POW in 1918.  Arthur, a radio
engineer married Dorothy Eleanor Ashley on 15 Jul 1933 at Christ Church parish church,
Surbiton Hill.  He died on the Isle of Wight, Hampshire in 1978.

7             Edward George Glanville born 26 Aug 1898 at Ben Inagh.  He was with the 14th Blackrock
Scout troop and was an Asst Commissioner by 1929.  He married Marjorie Beatrice Flude on
2 Apr 1931 at Bray C of I church.  Marjorie was the daughter of Henry Flude, a civil engineer
from The Cottage, Killarney Road, Bray.

8            Robert Ranulph Glanville born 13 Mar 1901 at Ben Inagh attended the Wembley Jamboree
in 1924.  He was educated at Wesley College, Dublin and won an agricultural Scholarship to
the Royal College of Science.  He was a civil servant and worked as a British senior agricultural
officer in Sierra Leone (1924–1944) and principal agricultural officer in Nigeria (1944–1950).  He
was the author of The Agricultural Survey of the Existing and Potential Rice Lands in the
Swamp Areas of  the Little Scarcies, Great Scarcies, Port Loko and Rokel Rivers (1931).  He
married Lillian Florence Dupen on 24 Oct 1931 at Brighton Road Methodist Church,
Rathfarnham.  Lillian was the daughter of Vivien Pennefather Dupen.  Robert was made an MBE
in 1936 and CBE in 1947.  On his retirement in 1951, they to moved back to Dublin and lived at
Derryclare, Kilternan.

10            Waldo Hearne Glanville youngest son born 8 Nov 1904 at Ben Inagh was a member of
Blackrock 14th Scout group and attended the Jamboree at Wembley in 1924.  He played rugby
for Old Wesley RFC from 1923 to 1926.  He qualified as a vet in 1927 and moved to Sudan as
a Veterinary Inspector.  He married Sally Tierney, daughter of J P Tierney and Fanny Patterson
at Belfast on 25 Apr 1935.  Waldo was appointed Director of Veterinary Services in Sudan in
1944 and he was awarded the 1939-1945 War Medal for his services.  Waldo and Sally had no
children and returned to Ireland in 1952.  They finally settled at Ballywaltrim in Bray and Waldo
worked part time for the Dept of Agriculture.