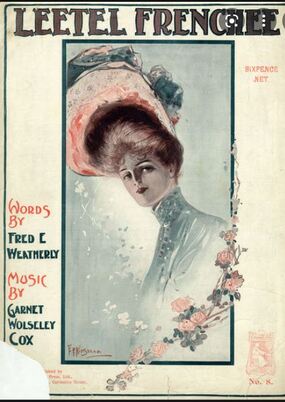 John Garnet born was baptised at Calverly, Yorkshire son of The Rev John Garnett, Rector of
Sigglesthorne, Yorkshire on 28 Dec 1707.  He was educated at Beverley in Yorkshire before attending
St John’s College, Cambridge.  He was appointed a fellow of Sidney College in Sussex and was
preacher there from 1744 to 1752.  An author, he wrote a Dissertation on the Book of Job in 1749.

In 1751 John went to Ireland as chaplain to the Lord Lieutenant, Lionel Sackville, 1st Duke of Dorset.  In
1752 he became Bishop of Ferns and Leighlin.  He married Dorothea, the youngest daughter of Sir
Thomas Molyneux, 1st Baronet, and Catherine Howard on 27 Apr 1754.  Dorothea born 12 Mar 1718, was
the widow of Joseph Kelly of Kellymount in Co Kilkenny.  She had married Joseph in 1742 and she had a
10 year old daughter.  John was translated to Clogher in 1758, and remained bishop of Clogher until his
death.  The family went to Spa in Germany in 1766.  His brother who was Rector of Snailwell in Norfolk
died in February 1768 at Bath.  Dorothea died 18 May 1770, aged 52 and his sister died 17 Jul 1776 at
York.

He died on 1 Mar 1782 at his home in Leinster Street and his house at Parsons Green and the Leinster
Street house were put up for sale later that year.  His library was put up for sale the following year.

John Garnett born circa 1749 in England was living in Winchester when he was appointed Dean of
Exeter in February 1810, and died 11 March 1813 at Bruton Street, London and is believed to be the son
of the Bishop of Clogher from an earlier marriage.
​
Miss Kelly, daughter to Dorothea died in 1761 at Bath aged 17.