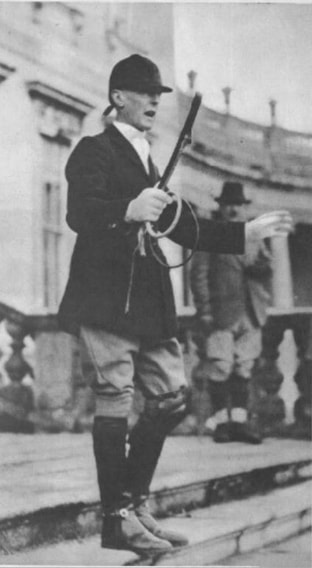 Henry James Dudgeon, barrister at law was the son of James Dudgeon of Fitzwilliam street
and Isabella Smith.  He was a government stockbroker and a stock and share broker of 113
Grafton Street.  He was appointed broker and agent to the Isthmus of the Suez Canal in 1858.
He married Eliza Reid the daughter of John Reid of the Bank of England,  Manchester branch.
When he married  first, he lived in Monkstown and then moved to The Priory, Stillorgan.

1          Adelaide Dudgeon, eldest daughter  born 4 Jun 1850 married John Arthur Berzelious Bald
son of John Bald, a merchant of Grove Street, Liverpool on 17 Feb 1874 at All Saint's
Church, Carysfort.  They moved to Liverpool and had three children, Nora, Edward and
Eric and then moved to Herts.

2          Henry (Harry) Dudgeon, eldest son born 18 May 1851 at Templeogue House married first
Sarah Julia Courtenay of Hyde Park at Paddington on 18 Jan 1883.   Sarah died of
diphtheria on 2 Oct 1883 and was buried at Deansgrange.   Henry of Northbrook Road
secondly married Rose Chute, the daughter of the late  Richard Chute of Chute Hall, Kerry.
Henry died at The Priory Stillorgan on 1 May 1920 and  Rose died 10 Mar 1921 at
Melbeach, Monkstown.  There is a window in memory of the family at All Saints, Blackrock.

3              Rose Dudgeon born 12 Nov 1894 at Belgrave Hall, Kingstown joined the Red Cross
on the outbreak of WW1 and worked at the Sphagnum Moss Association.  She
married Charles Edward Drennan on 19 Oct 1916 at All Saints, Carysfort.

4          Florence Dudgeon, 3rd daughter born 12 Sep 1853 at New Brighton, Monkstown married
Rheinhold Baker Bald at All Saint’s, Carysfort on 12 Feb 1878.  Two of their children were born
at Stillorgan and then the family moved to England.

8           Emily Dudgeon, 5th daughter 23 Oct 1860 at 19 Longford Tce, Monkstown married Rev
Thomas Edward Winder at All Saints, Carysfort on 17 Jun 1893.  They moved to Carlow after
the birth of their daughter and then to Kilkenny.  Thomas became the Dean of Ossory.

10           James Maitland Dudgeon 4th son born 19 Mar 1865 at Frescati, Blackrock.  He was rector of
All Saints from 1895 to 1898.  He married Emily Hodgeson, daughter of George H Horsfull
at Christ Church Linnet-Lane, Liverpool on 20 Apr 1898.  He became vicar of Evridge and
Chaplin to the Marquess of Abergavenny before becoming Rector of Frant, Tunbridge Wells.
James, a windower died while on holiday, in Dublin at Rockfort, Blackrock on 26 Oct 1935
and was buried at Frant parish church in Sussex.