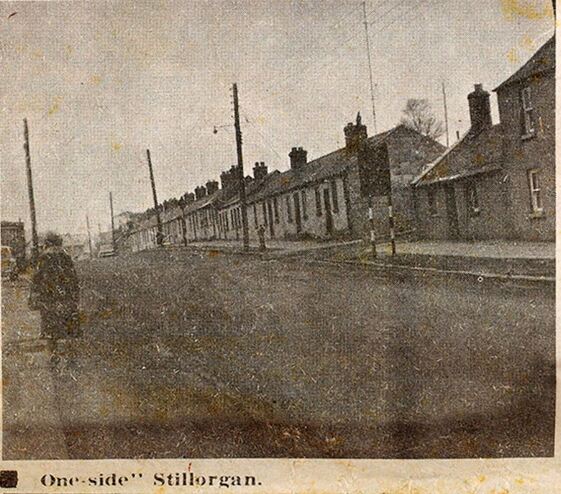 John Joseph Cullen son of Peter Cullen born circa 1871 in Co Dublin married Sarah Byrne, daughter of
William Byrne, a labourer at St Patrick’s Church, Rathnew on 6 Aug 1893.  John Joseph was a labourer
and later a bread van driver.  John died at Cullen’s Cottages, Dublin Road on 10 Oct 1902.  Sarah, a
shop-keeper was living in Rathnew by 1911 with her two daughters and her nephew William Byrne.
Sarah died at Rathnew on 27 Dec 1950 and was buried at Rathnew cemetery.

1              Anne (Annie) Cullen born 1 Jun 1894 at Rathnew.  Annie a shopkeeper married Arthur Jameson,
son of Michael and Ellen Jameson, a soldier on 14 Feb 1916 at Wicklow Church.  Arthur was with
the 49th Reserve Battery, Royal Field Artillery but was invalided out in 1915 after suffering
spinal injuries during WW1.  He was one of the 121 men from a population of 791 that were
injured or killed from Rathnew during the great war.  He died 27 May 1917 and was buried in
Rathnew cemetery.  He has a war commissions headstone and is listed on the Ireland’s Roll of
Honour and on Rathnew’s Roll of Honour.

Annie secondly married Michael Ellis a labourer from Rathnew on 22 Nov 1920 at Wicklow
Church.  Annie died Feb 1854 and was buried with her mother.