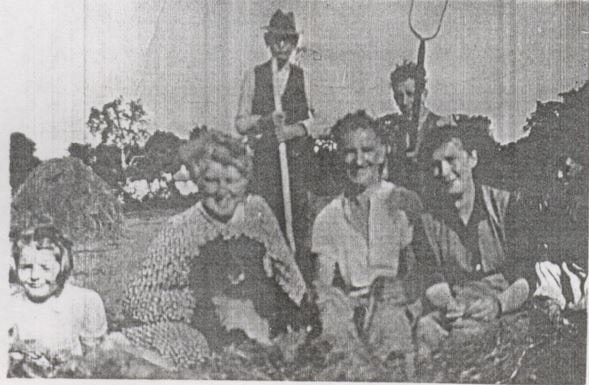 George Alcock, son of Richard Alcock married Sarah Henderson, daughter of Robert and Mary Ann
Henderson at Armagh on 27 Dec 1860.  George was a farmer from Grange in Loughgall in Armagh.

2           Richard Henderson Alcock born circa 1866 in County Armagh married Lucy Wilkinson
from County Wexford at Templeshambo, Enniscorthy on 12 May 1894.  Lucy was the
daughter of George Wilkinson, a farmer.  Richard was a coachman until 1909 before
becoming a dairyman with a dairy shop at Rathgar.  They moved to Eden Farm in the 1920's.
Richard died 15 Nov 1941 at Eden Farm age 75 and Lucy died 5 Feb 1950 at Stepaside farm
and was buried at St Nahi's.